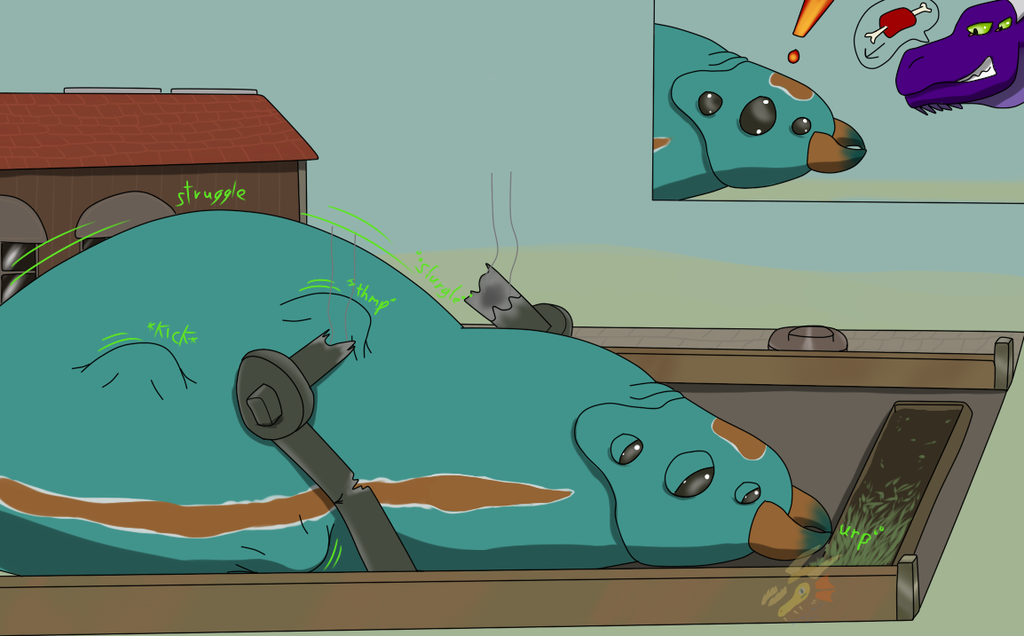 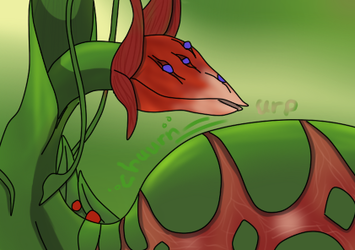 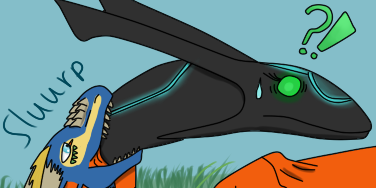 Recently I purchased a game called lethis: path of progress, and I no kidd this game is full of suggestions at vore! So I just had to doodle one of the suggestions.

"Those who get too close to my worms may become an... integral... part of the next fashion trend." That just screams vore!

It was during the colder months of our town that a dragon (of all things) had invaded our lands, it didn't take long for it to make its presence known! Our automations were useless, even with how fast we converted them from service to military! The beasts fire was enough to melt through them like a hot knife through butter! It started devouring all livestock in sight! And before starvation set in we were all saved by a silk worm!

There known for being quite docile unless you try to get in between them and their barley, a nearby silk trader kept his worms away from the rest of the city preffering to let them rome, not that they did much roaming due to their laziness and dependance on barley, he didn't keep them secure like other merchants did in the city.

The dragon had caught scent of one of these and it seemed he thought it would make a delicious meal! Until he ruined the worm's food and thus he became the worms suppliment of nutrients! That worm didn't eat for weeks upon weeks, that beast squirmed underneath the blubbery hide of the worm for 2 days straight as well! Yet the worm didn't care, it ruined its food and so would suit his belly well, the silk trader became quite rich from this event, the worm produced high quality silk for months upon end! Even finding out the clothes manufactured from the silk were fire retardent, so now we sell it off to the military.

Now if we can only attract another dragon and make more of those clothes, who knows when this high quality silk will run out...

Art belongs to me

Anything related to lethis belongs to (c) Triskell Interactive