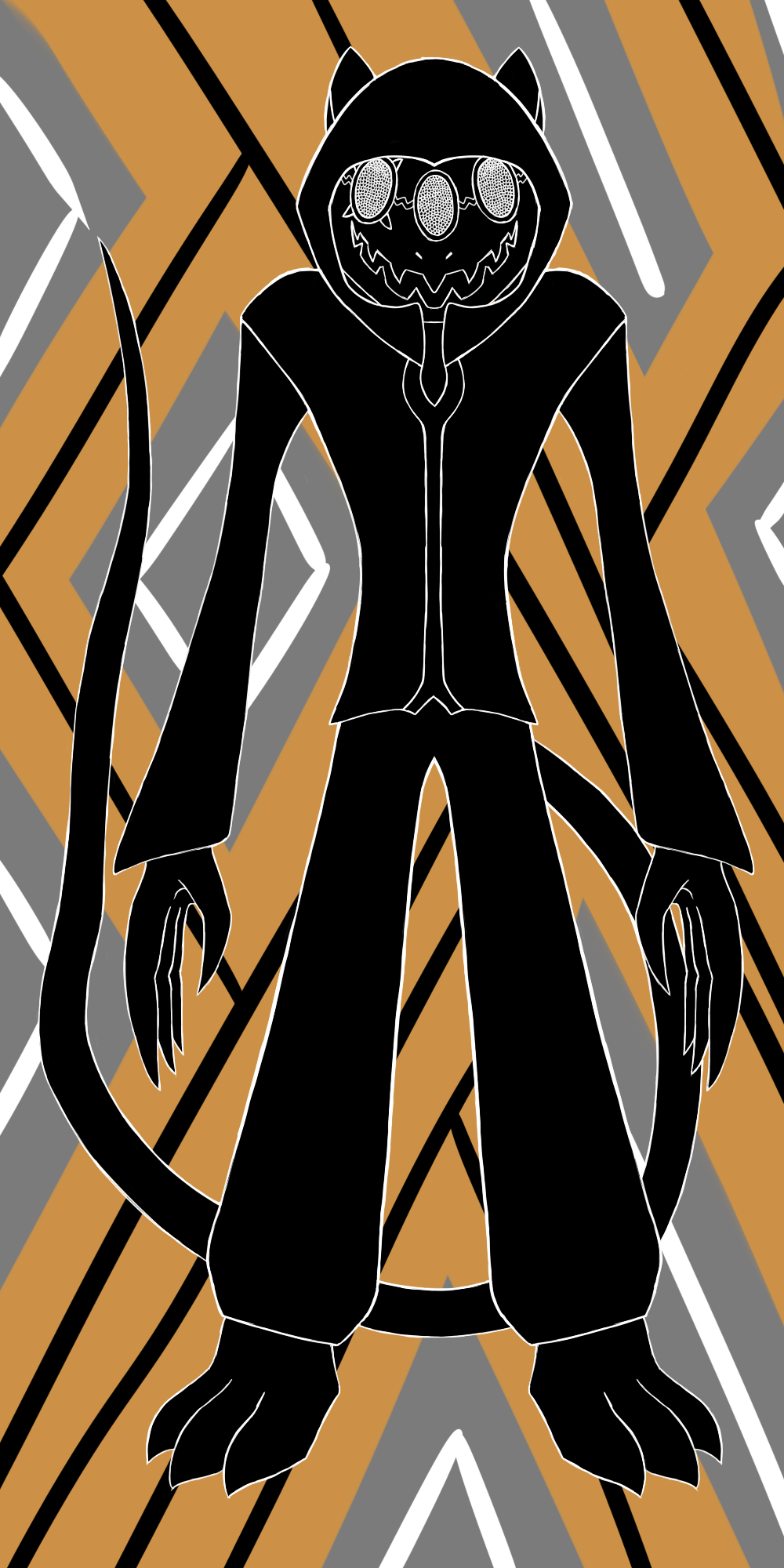 It has nearly been a full year since I created my dear creep beeing Humunculos and now I finally get to draw him a full artwork.
He is of the same kind of beeing as slenderman or many other well known entities of creepy pastas.
He used to devour humans and feat on their energy of gluttony but it didn't satisfy his hunger, unlike for his creep brethren - one day he started devouring them - it was this day he felt the extasy of quenching his hunger for the first time for real - that was the point where he had to go to the human world and live there while protecting humans who got chosen by creep beeings as their prey to be the hunter of the hunter.
He isn't an organic beeing but consists of mostly black mass that he can bring in any form he likes. He can move in shadows or melt into objects to become one with them, for example clothing - and he can then directly talk to the humans head who is wearing him, just like a voice in your head you hear sometimes.
He is rather peaceful to humans, just scaring them from time to time becuase evne though they are not his food, their fear and negativity are very well the spices in the mix.
His hunger is nearly unquenchable and he can fight on par with mostly any creepy beeing in existence.

To be honest, I'm a pretty thoughtful person with a big fantasy, and watching horror stuff (which I enjoy in a masochistic kind of way) made me not beeing able to sleep for long periods of time and gave me huge problems - I created him to fight my fears and it worked, I am glad I created him for my inner demons. And now he finally has his official design yays and not just an icon I have just in store anymore!