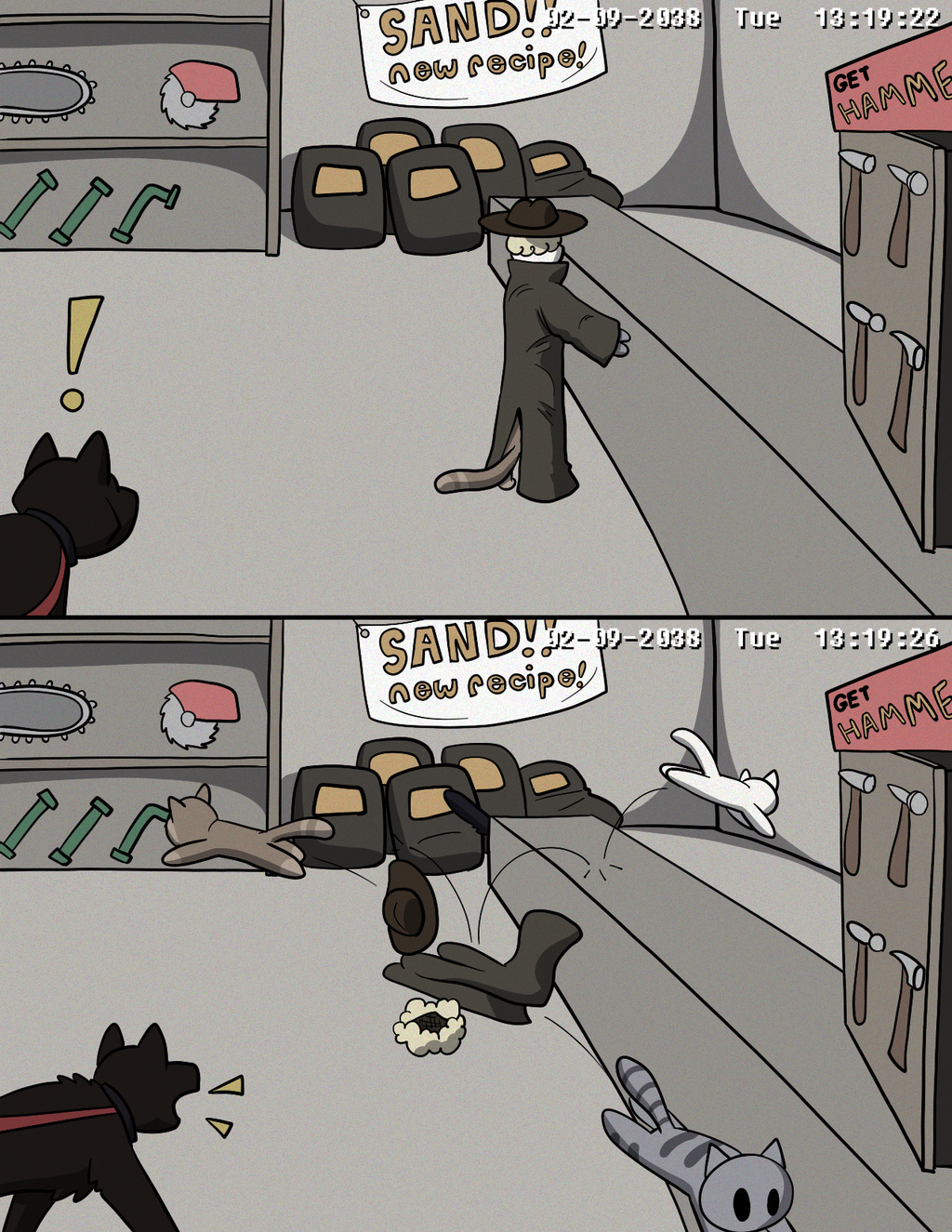 Folder:
The Order of the Black Dog « Older 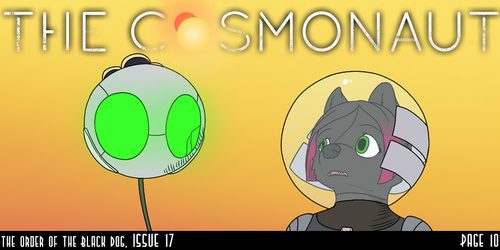 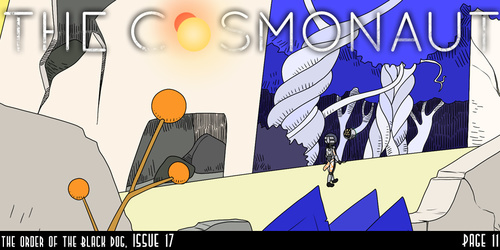 An Ain Sokhna family was thrown into chaos when a husband, and father of two, was revealed to have been four house cats in a trench coat “the whole time”, local sources report.

Eli Pampel was born 1989 in Suez, though these records are presumed to be fabricated. He married Christine Rey in 2013, and they lived on the outskirts of Ain Sokhna with two adopted children. Eli worked at home as a systems administrator for Apisnet, a countrywide news media outlet; he was infrequently seen in town, but described by locals as "friendly and polite".

Security cameras show that Mr. Pampel entered Gert's Hardware at 13:19 on Tuesday, February 9th. Ahmed Leominster, local pharmacist, entered the store shortly after with his dog (also named Ahmed). According to eyewitness reports and security footage, Ahmed (the dog) started barking and ran towards Pampel; Pampel was then seen to topple over, collapsing into his long brown trench coat, before four feral cats scattered across the store. Ahmed (the pharmacist) managed to capture one cat, a Turkish Angora, but the other three escaped into the nearby desert, including one American Shorthair Ahmed called “especially suspicious and wily”.

Through tears, Mrs. Pampel expressed sorrow at having been deceived and confusion as to how she had not recognized that her husband of 24 years had actually been a collection of non-sapient animals. Expert analysis of the few known photos of Eli Pampel reveal that he had potentially been four feral cats for at least 20 years.

"It's plainly obvious," stated Sanjed Prix, detective and former World Record holder for hot dog eating, in an interview earlier this week, "It baffles me that anyone in this town had ever been fooled for more than a second: in all footage and photos, he's very clearly four cats in a coat and ill-fitting hat."

Despite this development, Mr. Pampel's employer reports a stunning record of job performance and reliability, having rewarded him with several Employee of the Month benefits in the past.

The Pampel family is currently under investigation for potential fraud. The single captured cat, described by some as the 'face cat', seen in photographs as the upper-most cat in the totem pole, is being detained by the Suez Police Department for further questioning and could not be reached for comment.

E-pam, old friend of the show, is the latest victim to the highest tier of my Patreon, the reward for which is getting your character maimed, killed, or reaching some other... weird fate! If that's something that interests you and you want to support my comic, please check out my Patreon:
https://www.patreon.com/Immelmann

This is all of course in support of my sci-fi and horror webcomic, The Order of the Black Dog.