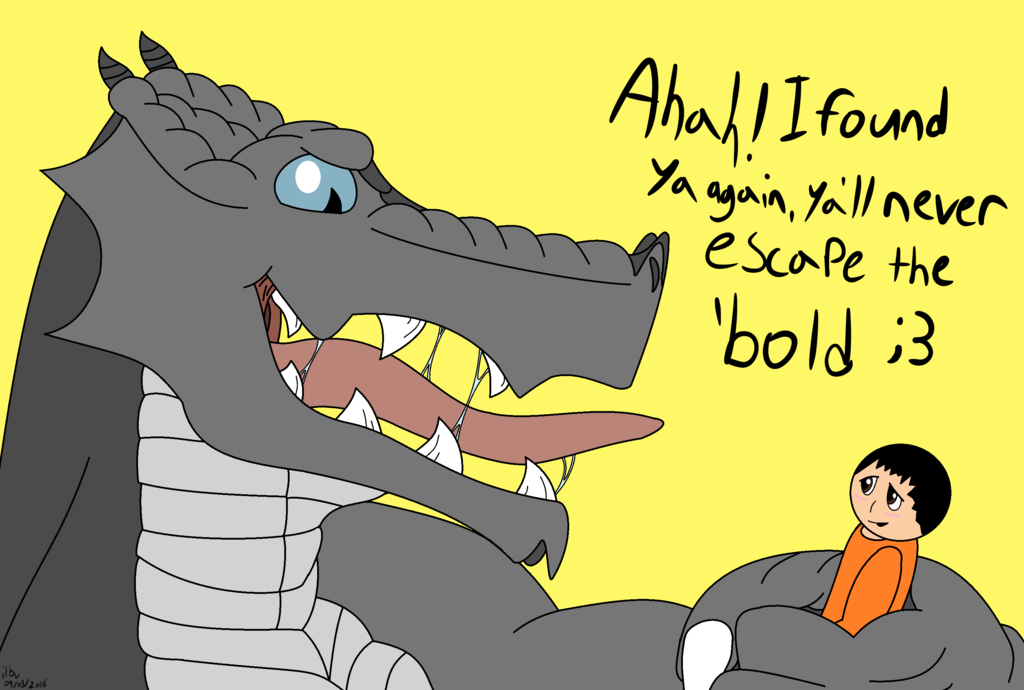 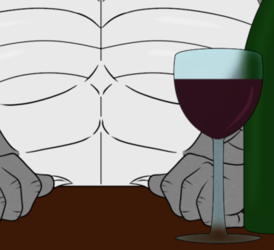 (hope I never do escape, he’s kind of terrific)

So I basically met this guy and was immediately taken by his charming personality and big broad presence. He commanded respect without saying a word, and I was so ready to give it. Certainly someone I felt was out-of-my-league to be able to say hello to, yet he was very friendly and witty and welcoming. Still don’t know him much, but one step at a time you know. It’s cool that he enjoys hugs and being all big and tough and stuff. I admire that a lot, and I'm sure a little ego boost wouldn’t hurt.

He and his red scaled friend are also the ones who introduced me to the existence of Kobolds, of which I had no idea existed before, and I have to say as an avid reptile enthusiast and admirer, I was smitten with the species.

Anyways Kardukk has always been playful and generous in replying to comments and questions, an all-around great guy to interact with, and after he left me a delightful shout, I had to draw it up. Now we have never played too far into the vore field, and I don’t think we are there yet, but he has certainly teased me with the idea, and it’s in the yes category of his f-list, so its safe territory to venture at some point, when he is ready. For now, I like the teasing <3
I hope he appreciates it as much as I do.