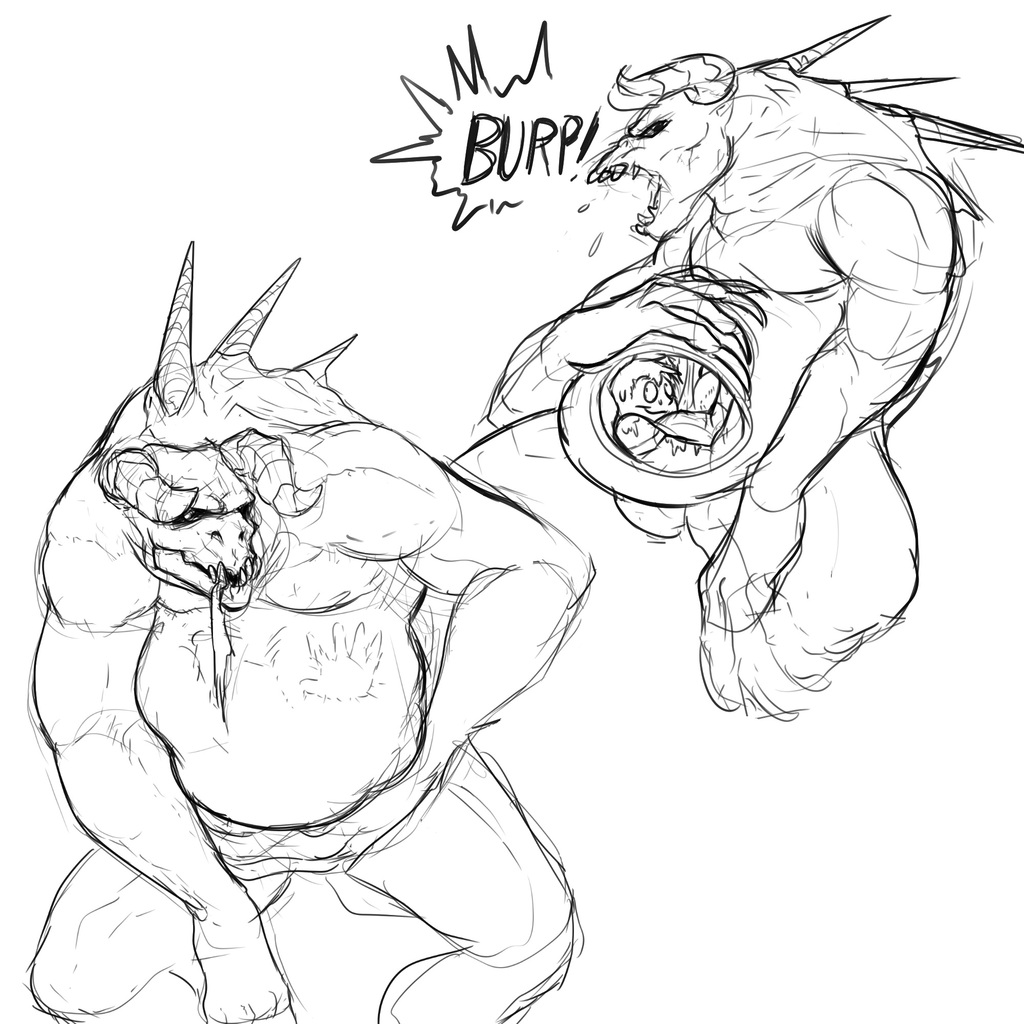 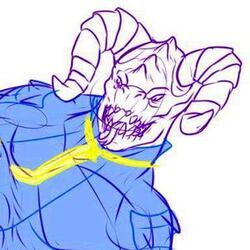 I may not be much of a gamer, but I sure know what Deathclaws are and I think they are pretty
awesome.

They are big, carnivorous, and they've got huge claws, lots of teeth, and they are reptilian. Based off of what I've read they are a mix of many species, but primarily a mutated Chameleon.

Either way, despite their obvious enemy ranking in the Fallout Series, I have the notion that they are misunderstood and can also be big and loveable snuggly creatures, that when they find someone who will be gentle and caring with them, that they in return will be protective and not exactly pet-like, but certainly have a certain level of trust with their new companion.

Then of course the trust level goes way up when they start to play around with the carnivorous tendencies that Deathclaws have.

I've always wanted to do some Deathclaw vore, perhaps this could end up being a new OC as I find them truly fascinating and adorable.

Ah screw it, the more I was writing the more I knew I had to make this my next OC.
Okay, his name is Gary, its the name that came to me. It feels right. His birthday is January 10.
So now I will have to come up with Gary's story, which I will do in time (I mean I haven't even made Garth's story for crying out loud)

He came to be after Azathura surprised gifted me with this picture, since he knew my adoration of Deathclaws.