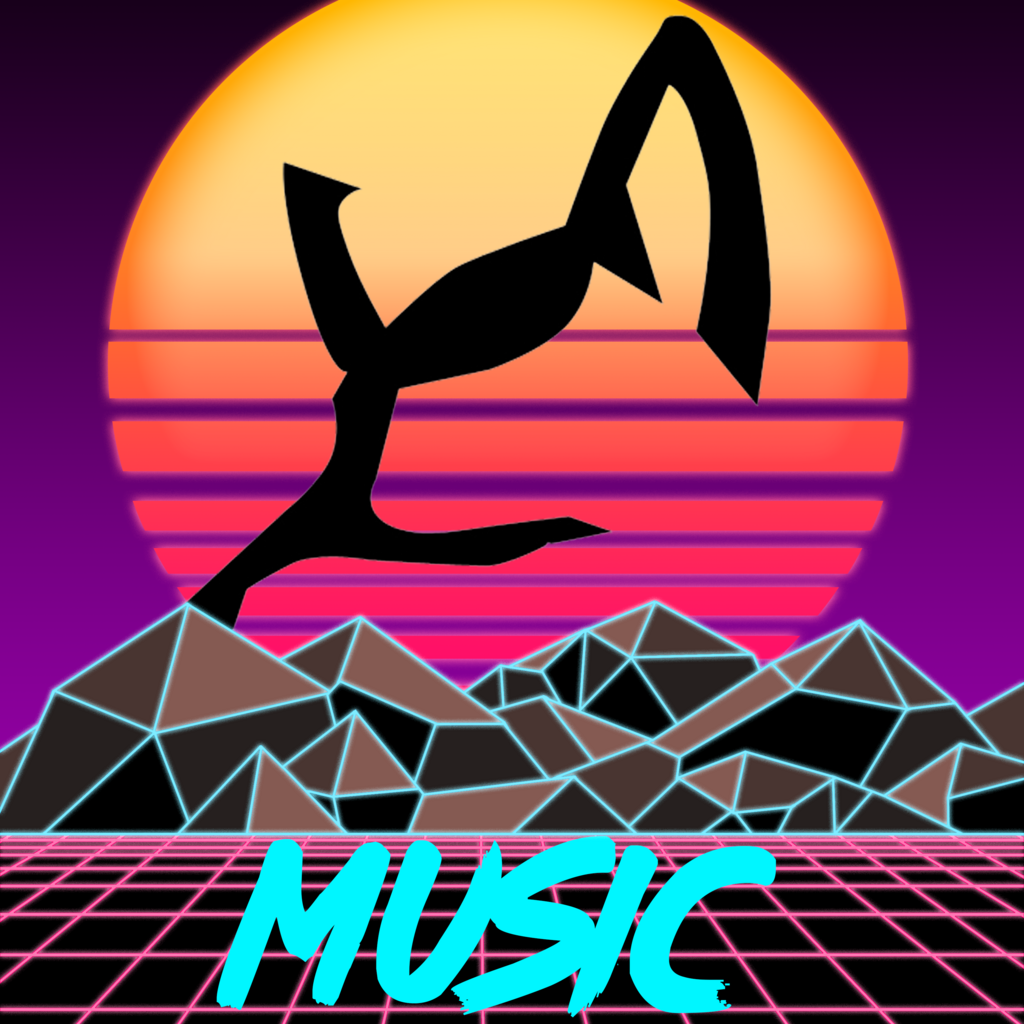 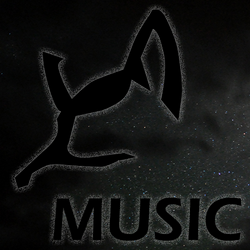 Taking Down the Rider

Ryou straddled the single padded seat of his elecycle, both paws planted firmly on the cold concrete of the sidewalk. He watched and waited for the other cycle racers to approach, concealed by the long shadows of the surrounding skyscrapers. He was fortunate he knew these city streets well enough to cut through a series of alleys and side streets to skip ahead on the course and get ahead of the other racers. It would disqualify him from the race if the camera drones caught him, but winning the race wasn’t his objective.

A voice came through his ear piece. “Target approaching your position.”

“I hear them.” Ryou’s large Fennec ears swiveled to the right, hearing the electric whines and shrills of approaching cycles echoing off the buildings down the track. They were just around the bend. One, two, and then three cycles came rapidly into view, and before Ryou was even able to pick out his target, a bullet ricocheted off the wall behind him.

“Shit!” Ryou ducked instinctively. As the first racer passed him, he lowered himself into a riding position, lifting his right foot paw to activate his cycle and lower the protective cockpit enclosure around him. As the second and third of the racers sped by, he lifted his other foot off the ground and accelerated out of the shadows and into the warm orange light of the setting sun. An energized beam of light from the third racer deflected off his cycle’s shields and into an adjacent building, leaving a scorch mark.

The voice came through his headset again. “The green stripe, that’s your target.”

The first racer, now a good distance ahead, became highlighted on Ryou’s cockpit HUD. “Yep, I know,” Ryou grunted in frustration, already feeling like he was at a disadvantage. “They know too, and seem to have friends.”

“Did you not see them shoot at me? Both of them!” Ryou raised his voice, almost accusingly.

“I was stopped and concealed.” Ryou glared ahead at his target and twisted the accelerator forward. “No, they know I’m after them.”

“You’re being paranoid, just get the job done.”

“Have I ever let you down?” Not wanting to hear the answer, Ryou interrupted the voice, “Time to concentrate. I’ll be back when I’m done.” He muted his headset and redirected his focus on the riders and track ahead of him.

Ryou quickly caught up to the first two riders, hoping he could speed past without any confrontation, but it was immediately evident that both riders did not plan on letting Ryou through. They tightened the gap as he approached and nearly perfectly mirrored his movements from left to right. They had to have rear tracking sensors on their cycles, which were against league regulations, but he knew of course not everyone was in these races to win.

He let his cycle fall behind slightly. He selected the two cycles on the HUD projected on the glass dome of his cockpit, and tried firing a couple charged laser blasts at each of them. Of course their cycles were equipped with deflector shields, so the shots merely bounced off into nearby buildings or off into the infinite red and yellow sunset-lit sky. It would be more difficult to pull off a shot with physical ammunition as most elecycles were relatively well armored unless you knew exactly where to aim. Ryou took a moment to consider what other options he had.

The road up ahead curved to the left toward the setting sun and emerged from the forest of skyscrapers to cross a bridge the arched over the Alber River. If he could somehow knock these two riders into the water, that would remove them from the equation, and the fall into water should keep casualties to a minimum, which always helped ease his mind a bit.

As they approached the corner, he realized he needed to act quick. He might be able to shove one of them off with brute force alone, but then the other would actively try and avoid him until they safely reached the other side. If they really did have tracking sensors, he might not even be able to make contact with either of them. The laser railgun on his cycle would be able to easily pierce the deflector shields, but his cycle had only enough power for one, maybe two shots, and he wanted to save those for his actual target.

Then, he remembered he added a dispersion pulse system a while back, a burst of energy capable of physically pushing back most deflector shields. At the time he equipped it, it was purely for novelty over utility, but this might be a perfect use case for that system. If he timed everything right, and the two cycles ahead of him tried to block him again, he might be able to hit both of them with it.

On his HUD, he activated the pulse system and let in charge for a few seconds until it was ready to engage. He then selected the other two cycles again and abruptly twisted the accelerator forward, giving him a surge of speed as he leaned his cycle around the corner and climbed up onto the bridge. Once he reestablished line of sight, he fired a couple laser blasts at each opponent again, just to make sure their shields were active.

As he rapidly approached, the two cycles once again converged on his position, just as he predicted. He maintained speed, realizing almost too late that if this didn’t work, all three of them would likely end up in a tangled mass of destroyed cycles, and Ryou couldn’t afford to lose another one of these things, so he really hoped this worked. In the instant before they made contact, he slapped his entire paw on the button for the dispersion pulse on his screen, just to make sure he hit it.

It was immediately clear that it worked. One cycle felt the full force of the blast as it veered suddenly into the side of the bridge, flipping itself and its rider forcefully over the side. The other racer realized in the last moment what Ryou planned to do, and tried to break formation, but still received enough of the pulse to send them spinning out of control.

Ryou kept his throttle at full as he crested the peak of the bridge and peered back at rider that spun out, just to make sure they wouldn’t be able to recover in time to catch up to him. A feline hybrid of some sort stood there straddling their bike with their cockpit already opened and with handgun aimed directly at him.

The feline was staring into the setting sun and there was already enough distance between them to make any shots nearly impossible before he was out of sight and safely on the far side of the bridge, but the feline was a good shot. In rapid succession, Ryou felt one bullet strike the dome glass of his cockpit, a spider web of cracks starting to form above his back. Another hit the side of the cycle and ricocheted off, and the last hit his wheel, sending warning beeps blaring throughout the cockpit and flashing red lights across his HUD.

The wheel automatically morphed and adapted to mitigate the damage, but Ryou already knew that fix would be very temporary. He would only have a few minutes before he needed to pull out of the race. A surprise attack would be his best, and possibly only chance at taking down his target, but if they were working with the feline, Ryou knew he would not have the element of surprise. Regardless, he still had to make an attempt.

The river bridge came to an end and the road dove back into shadows of the buildings. Maintaining high speed, Ryou leaned hard into the next corner, hoping his damaged wheel could take the force. His target came into view. He selected the laser railgun on his HUD and selected the cycle ahead of him, a bright green stripe of light illuminating its side.

Ryou’s cycle had enough energy reserves for only one charged railgun shot, which would be enough if his vehicle’s targeting systems were still functioning at full capacity and not affected by any of the damage. He brought himself within an almost uncomfortably close range to give it the best chance. The cycles lined up. The railgun trigger panel on his HUD turned green. He slammed his paw into it. There was a bright flash of light followed by the sound of rendering metal and shattering glass.

Everything happened so fast Ryou barely had time to comprehend it. The moment he saw the beam from his railgun connect with his target, another beam came back at his own cycle destroying everything underneath him. Had his railgun been deflected? No, that was impossible. Did that bike have a rear-facing railgun? Before any more thoughts crossed Ryou’s mind, and before he could even check on his target, Ryou felt the impact of the fall and his riding suit being torn off his body by the ground as he tumbled and skidded among the shattered remains of his bike.

Pain erupted all over his body as limb after limb struck the hard pavement and his fur and skin were shredded off his body like a cheese grater. He was completely disoriented. As the tumbling stopped and he continued to skid to a halt on his back he remembered catching a glimpse of a bike with a green stripe with smoke pouring out of it. He tried to look again but the inertia and pain together were too much.

Once he finally came to a stop along a curb, he rolled over to locate the other rider, yelping as he rolled onto a patch of raw, bleeding flesh on his arm which seared in pain. The cockpit of the other rider was already open and they were gone. Ryou looked not too far into the sky and found his target. He wished he knew earlier that they could fly.

Fleeing the scene, seemingly unscathed, was a bat hybrid, who had managed to leap off their disintegrating cycle in the knick of time. But Ryou quickly realized that this wasn’t just any bat. It was his brother, Muro.