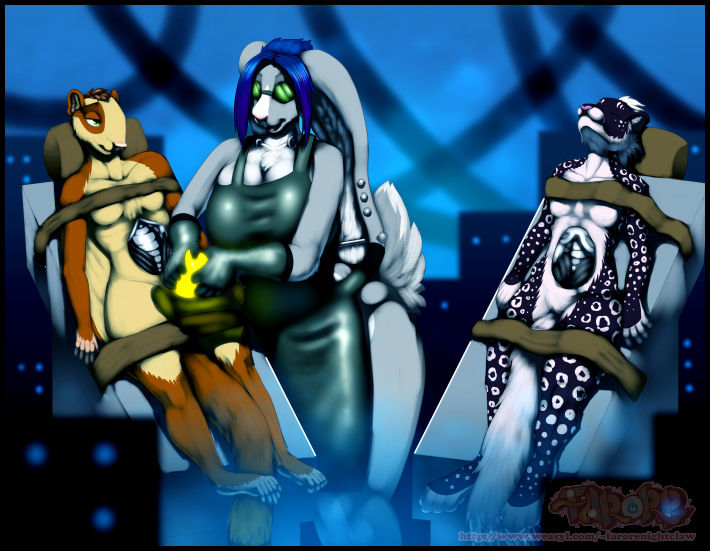 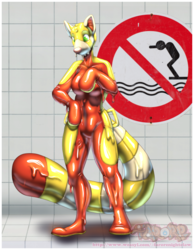 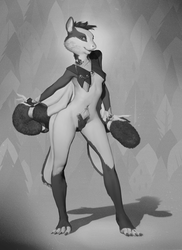 So, some time ago, there was this sugar glider named Inaki. Then her dear friend Cassio came along and decided that instead of a glider, she should be a snow leopard. A glowing snow leopard, aka glowmew, to be precise. Ikani (as she now goes by) has been a glowmew ever since (with the possible exception of being turned into a shark pooltoy for the summer... also by Cassio...). This is a picture Ikani commissioned to commemorate that happening! Cassio transferring Inaki's core into Ikani (who is not currently glowing as she hasn't been activated yet!).

I was honored to be commissioned for this, and it was a really fun challenge to work on.