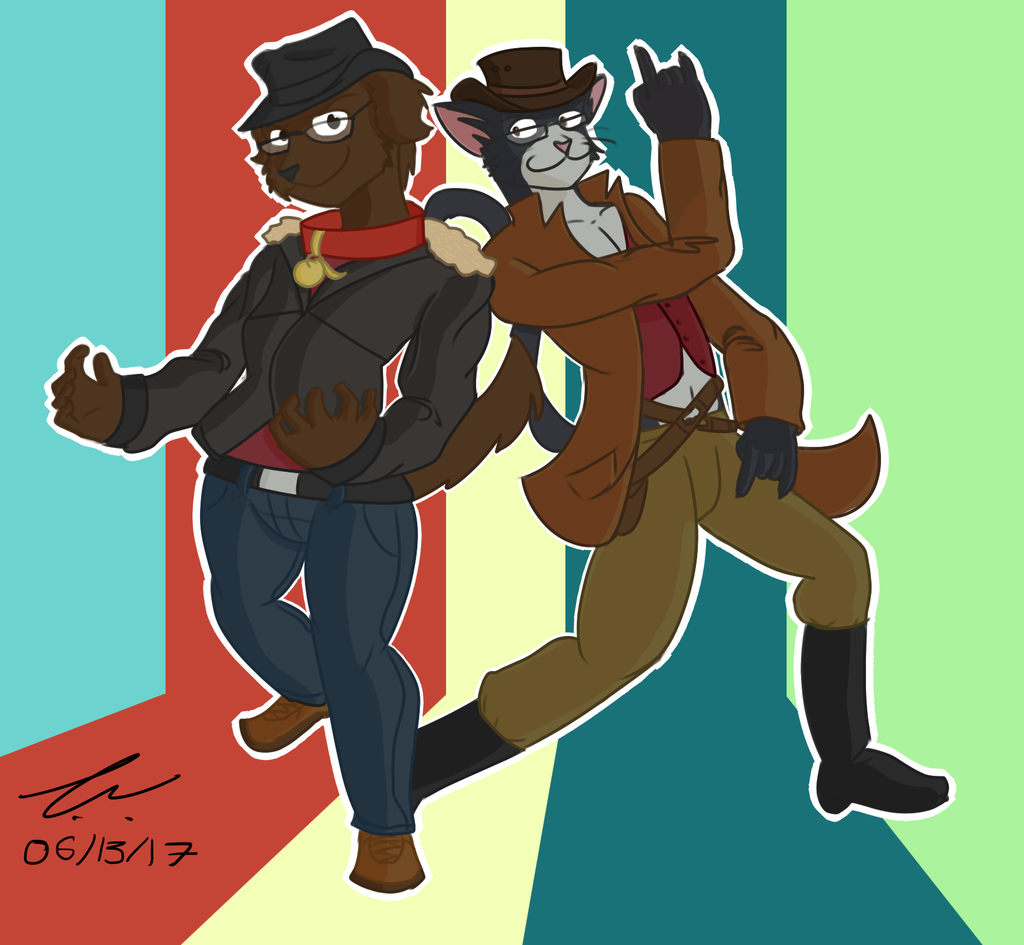 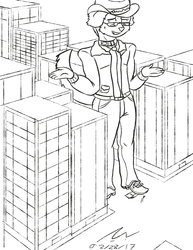 Found this picture of twitter and decided to do the poses: https://pbs.twimg.com/media/C-MLxilU0AESazT.jpg
Truth be told, the thing that took the longest was the background. Made several attempts to give it a "JoJo feeling" to it.

These two are pretty much going to be my fursonas. While the dog, Cherry, remains (mostly) the same, I made the cat, now named "Berry", to give it the "western" look to him as sort of my tribute to my love for spaghetti westerns.

Art and characters by me