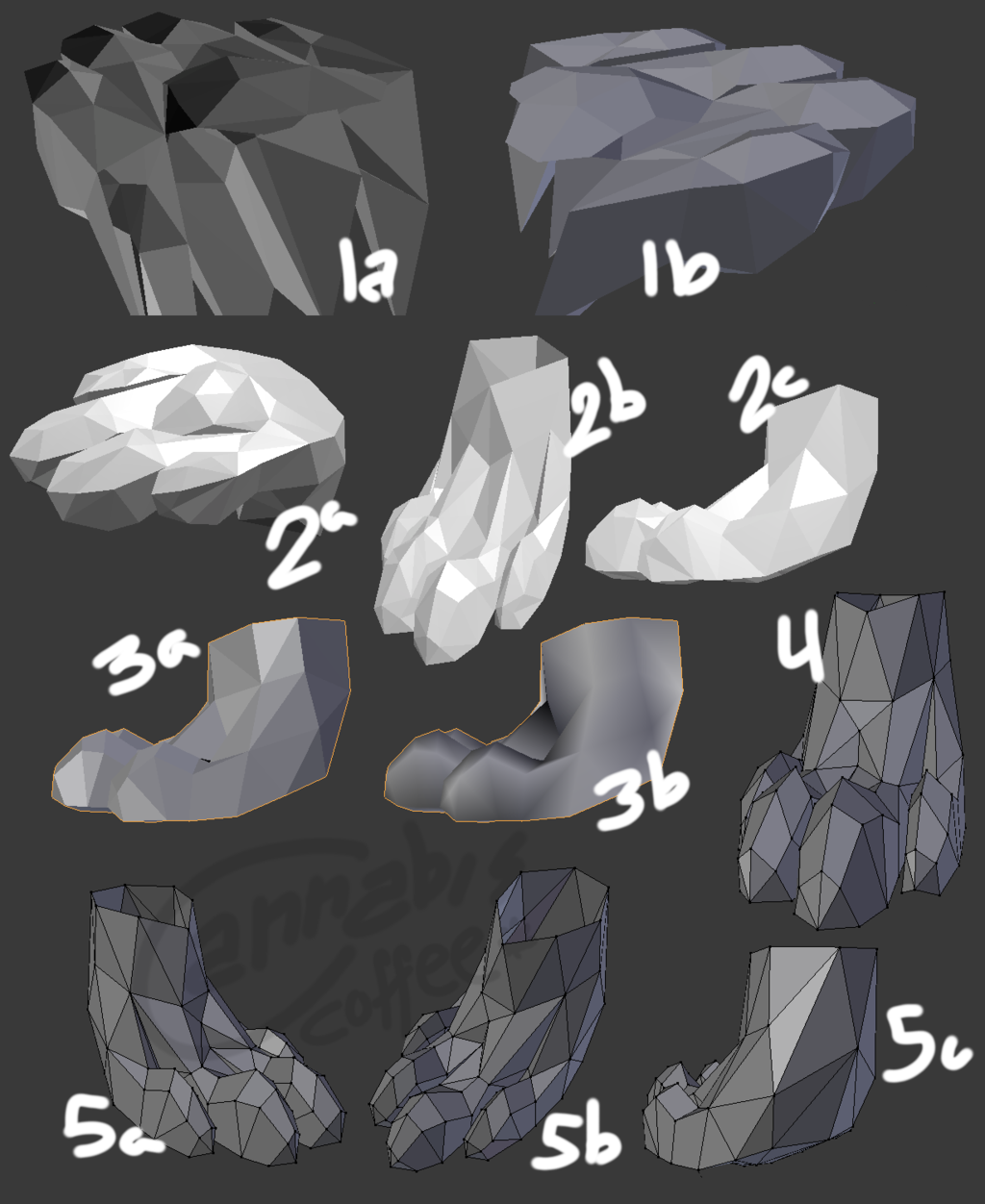 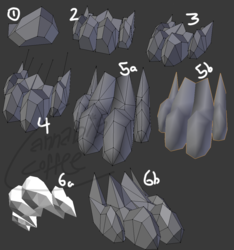 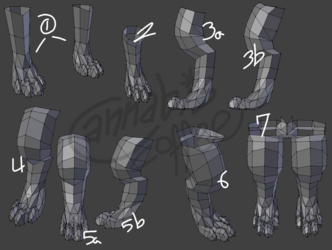 Model update! This update was mostly a lot of refining of the foot, trying to get the structure to look proper.
(1a) and (1b) were mostly finalising the paw pad seen there and between those and (2a) I created the rest of the foot. Many adjustments were made, such as a theoretical shortening of the toes. After that I moved upwards to the ankle? Some join over in that general area. And then from there it was mostly just refining the shape and structure.
I didn't take as many pictures of the backside as I was working. Originally it looked outrageous, all points merging to one with giant tris (even more so than shown now).

Next update will be the leg update!