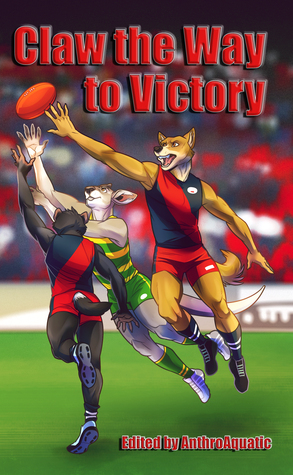 Tux had never flown first class before. He stretched his white feet straight out in front of him, spread his toes and extended his claws, but he still couldn’t touch the back of the seat in front.

“You wouldn’t think the Commies would have first class, huh? Huh?” Biff, two seats away, leaned across to slap his shoulder. “Hey, tuxedo cat! I’m talkin’ to you!”

Tux acknowledged him with a brief, polite smile, then turned to look out the window at the churning props. He managed to keep his ears from twitching, but his fur bristled under his sport shirt and he could feel his white-tipped tail stirring in his seat. Biff smirked and took another puff of his cigarette.

The badger had been a late addition to the team, and he got Tux’s tail in a twist for a number of reasons. Biff was loud, coarse and ignorant, for starters, and suffered from the delusion that anyone female was as interested in him as he was in them, but, right now, simply being a badger was top of the list. Just look at him, Tux thought, staring through Biff’s ghostly reflection in the window. The guy’s feet didn’t even touch the carpet, and his arms were so short he’d needed to lean way over to get into Tux’s personal space in that special way he had. Badgers just weren’t cut out to be table tennis players; not world class ones, anyway. A day-old kitten had better reflexes.

Sourly, Tux surveyed the rest of his teammates. Little black Betty, the reigning women’s champion, sat with her friend Terri-Jo the Maine Coon, all fluff and muscle. The others, brought in to make up the numbers, he didn’t know so well. The first class cabin was a patchwork of black, white and gray, tabby and calico. Tux wasn’t saying that no other species was any good at the game. Why, their coach was a panther - but that was why he was a coach. He had great technique, but he was too big and clumsy to tune in to the speed and size of the regulation ball. Everyone knew that the cream of the world’s table tennis talent was feline. Bringing a badger was just…amateur hour. And this was the team they were bringing to face a nation who had practically made ping-pong their national game!

The stewardess pulled him out of his thoughts. She was gorgeous even in her military-style uniform. Tux thought at first glance that she was a cat, but her nose was too small and pointed, and her tail, which she held looped over one arm, longer and fluffier than even Terri-Jo’s. Her fur was a rich auburn that made the orange tabbies on board look pale.

“Red panda,” Biff supplied out of the corner of his mouth, without taking his eyes off the stewardess’s chest. Tux was irritated that the badger knew something he didn’t, and his irritation only grew as Biff persuaded the panda to help him work the chopsticks that came with their lunch of meat and noodles. She avoided Biff’s wandering paws and kept her expression grave, but there was a sparkle in her dark eyes. Tux undid another button of his shirt to show off the white bib that ran from his chin down his chest, and beyond, then hated himself. He mustn’t get sucked into Biff’s flirting games. If the badger wasn’t careful, he’d get them all in trouble.

A cabbage dumpling slipped from his chopsticks back into the china dish, sploshing soup on his exposed bib. Tux automatically arched his head and licked it away. Well, that blew his nonexistent chances with the red panda. Might as well enjoy the rest of the flight.

No movie on this trip. Tux wished he could listen to his precious eight-tracks, stuffed in his holdall in the locker above his head. Biff had laughed when he saw them, but Tux wanted something to remind him of home. After all, he was travelling further than he’d ever imagined he would. And they were guests of the government; surely he could have a player brought to his hotel room?

Guests of the government. That still felt weird, but table tennis was a huge thing over there, had been since the Communists, with their famous feline leader, came to power. The country had locked down to the West, then, and especially to America, the capitalist enemy. The invitation extended to the table tennis team was unprecedented, and Tux would be treading ground that his president couldn’t.

All this had been impressed upon him by a wolf in a black suit at the briefing they’d all attended before they left. Along with a brief history of China and its politics, there had been a clear message to the team to behave themselves. The success of this trip could affect the relationship between East and West for years to come. For the next couple of weeks, the eyes of the world would be on them.

That was fine by Tux. Politics, schmolitics. All he wanted - all he’d wanted since he was a kitten - was to play table tennis, and if the world was going to be watching, he was darn well going to show the world his best game.
The pitch of the engines changed as they lowered, and Tux swallowed away the crackle in his ears. They broke through cloud to a ridge of mountains and, beyond, miles and miles of flat green fields. A city loomed up, with grey high-rise buildings, and what could only be the runways and control tower of an airport. Tux couldn’t read the words on the signs that lit up above his seat, but the symbols told him clearly enough that seatbelts were to be fastened and cigarettes extinguished.

His stomach was fluttering as the wheels smacked down on the tarmac. It wasn’t all down to their rapid descent. 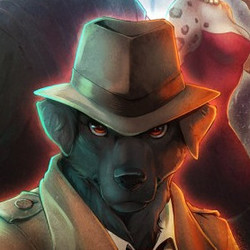 A teaser for my story in Claw the Way to Victory, a furry sports anthology. Cats playing ping-pong! What’s not to like?

China had been closed to the West for more than twenty years when the American table tennis team was invited to play there in 1971. The press and politicians coined a phrase for the event, which opened the door to diplomatic relations between China and the US. They called it ‘Ping-Pong Diplomacy’.