Teaser: A Blacker Dog by Huskyteer 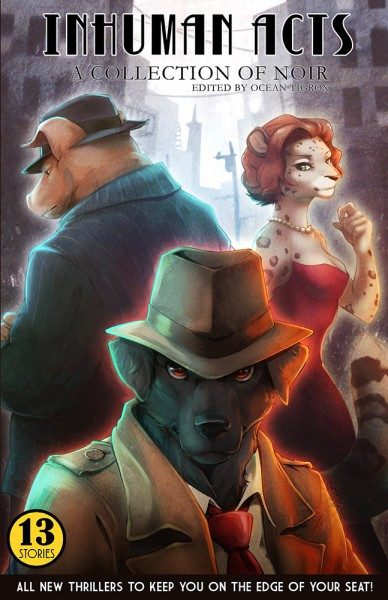 Contrary to legend, the black dog doesn’t come looking for you. It’s already there. Most people just don’t see it until the right moment, but I’m not most people. I often wish I was.

“What do you reckon, Hunter?”

My partner gets down on all fours to examine the woman’s body. Her own black dog is long gone. According to Hunter, his kind is never out of work for long. Someone’s always getting born.

“I don’t think this is about insurance fraud any more.”

“Thanks, Hunter. Thanks a million.”

Hunter can’t say if assignments are random or tailored. If they’re specific to the individual, I don’t want to know why I got a portly black Labrador in a trench coat and dark glasses, whose greatest joy in life is pepper jerky. As I watch, he sucks in the end of his current stick, chews, and swallows.

“Sorry, Jon. You know I can’t do much without another dog to talk to.”

Bodies weren’t part of the plan for today, and the water’s got too deep and murky for a little fish like Jon Mazza. ‘Private detective’ is what I put on my tax form, and enter online when I’m asked to fill in my occupation (it never shows up in the dropdown box, for some reason), but the bulk of my work comes through this big property firm. I find out whether fires, missing deliveries, workplace injuries and other assorted incidents and accidents are just people being people, or people being dishonest people. I am, when I’m being an honest person myself, a loss adjuster.

The building I’m in is an old Victorian property, like all the houses on this street that didn’t go in the Blitz. It’s been split into flats, but the land it stands on, and the neighbouring plot that’s been sold already, would be worth more with a new development on it. You can fit a lot more tenants in those purpose-built jobs. All that was standing in the way was the fact that the house was a listed building; try to knock it down and the entire community’s up in arms. Unless it catches fire first. Convenient for everyone except the owner.

And, apparently, someone else.

The body isn’t burned, or even marked. Smoke inhalation, I tell myself. Just like a proper detective. We’re way up on the attic floor, and nothing in this room caught fire, but the smell of smoke has drifted in and a fine coating of ash has settled on the floor. Hunter sneezes and shakes his ears. It’s an affectation; his paws leave no imprint in the ash, so he can’t be breathing it in. He’s just messing around because he doesn’t know what to do.

When I was a kid, I thought having Hunter would make me the best detective in the world. He could talk with other black dogs and give me the skinny, whatever that is, and I’d solve the case as if by magic. It works sometimes, and I’ve had a few successes, but it’s hard when you can’t explain how you got your evidence without bringing mythical beasts into it. Hunter has his moments, sure, but mostly he’s a big, useless lump with meat breath. He couldn’t even tell me my wife was having an affair.

He’s pretty good at I Spy, though. 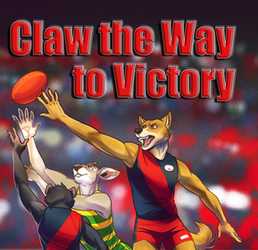 Inhuman Acts, available for preorder from FurPlanet and edited by Ocean Tigrox, is an anthology of noir featuring anthropomorphic characters. The tales span any number of alternate, fantasy and future universes, but you're guaranteed murder, mystery, intrigue, romance, heartbreak and honour, not to mention assorted mammals in trench coats.

My contribution, A Blacker Dog, explores the possibility that everyone is accompanied from birth to death by their very own spectral hound, but only one man can see them.