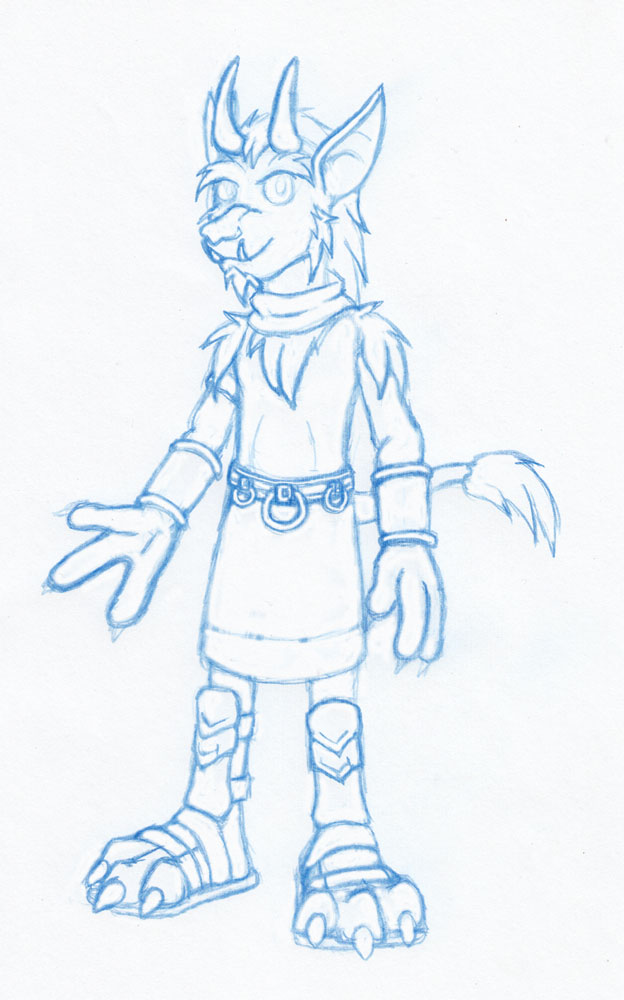 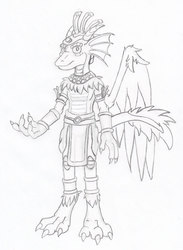 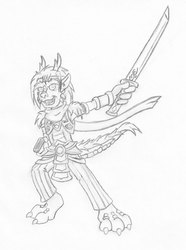 Aurom is a young creature who doesn’t actually know what he really is.
He was orphaned as a child, raised in a monastery far in the mountains where the monks trained and practiced mental discipline to harness their mental abilities. It is through these monks that Aurom lived with and trained with, developing his own mental discipline and unlocked his hidden abilities.

However, Aurom also had a great curiosity about life beyond his mountain home and wished to go off to explore. Despite his leader’s wishes, he eventually allowed the young creature to set off and explore.
Aurom would find his way to Millennium City, amazed by the City of the Future, but soon the city was under attack by the Qulaar. Aurom didn’t hesitate a moment and he rushed forth to help defend the city from the alien invaders, taking his first steps to becoming a hero.

Aurom was a random character idea I came up with in Champions, I wanted to have a character that used the ranged telepathy/telekinesis powers. I knew I wanted to have it where his mental powers were from his time with monks, I just didn’t know what he was aside from a creature, which I think helps add to his character.

When I wanted to draw him out, I knew I wanted to make some changes, make his face and feet more creature like.

I really would like to color this guy somehow, I have to see what I can do.