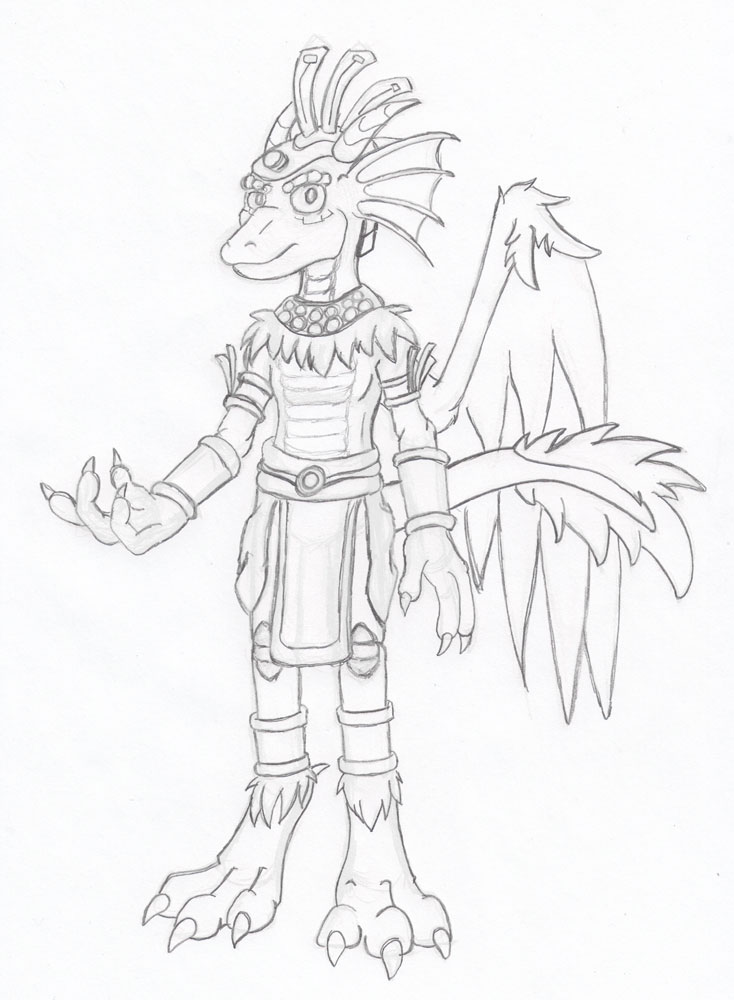 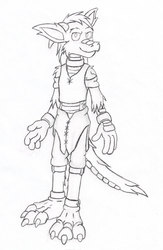 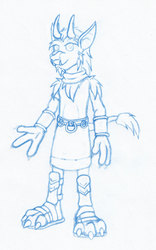 Coatl were creatures from Aztec myth, great feathered serpents with incredible power, but no one would know that these creatures were from an alternate reality, a parallel world that had crossed over to this world for a time. The ancient Coatl taught the ancient Aztecs their advanced ways and in return the Aztecs revered them as gods.
In the end, the two worlds would separate again and the Coatl left this world, but their leader, Quetzalcoatl, promised they would return.

Centuries would pass and the alternate Earth started to die off, the coatl were destroying their own world by using up the resources and the world’s energies from their technological and arcane growth and the once proud civilization started to crumble.

Izel was a young and powerful mystic of the highest arcane sisterhood who couldn’t stand to see her world dying, but her pleas to the council to try and change their ways or find aid were ignored, so finally she couldn’t stand it anymore. Her world and her people were dying and she needed to escape.
She knew the old legends of the ancient world her people once visited, so she learned the rituals and she escaped back into our world, entering the city of Millennium City.

Her arrival would not be an easy one, her powers were severely weakened from the journey into the new world and it was not long until the Qularr began their invasion. Despite her weakness, Mystic decided to use her power stop help the people fight back the invaders.

Her new life as a heroine has begun.

Mystic Coatl has been one of my oldest characters in Champions Online, and honestly I’m kind of proud of her, if for no other reason than being one of the only coatls in the game. I have seen a bunch of dragons and such, but I have yet to see a coatl.

She is also someone that I’ve been meaning to draw for the longest time now, and I finally have at least one sketch of her.
The art though is…very…blah. There is a lot wrong with it that I don’t like, especially with how her body doesn’t look very feminine, which bugs the crap out of me. It might be something I could fix if I were to finish it, but…yeah, no laptop.

Still, she is one of my favorite characters, so it was fun to try and draw her out.