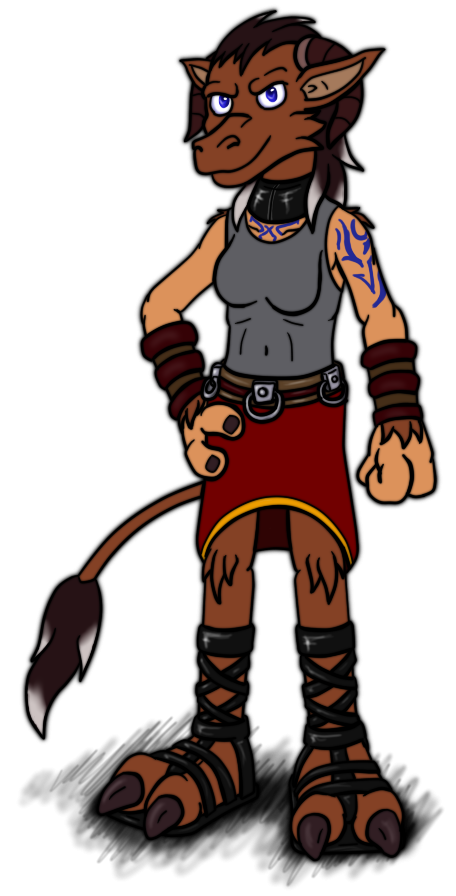 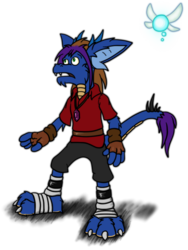 This is a character that I created in Champions Online that I’ve been wanting to draw out for a while; this is the heroine Minotara.

Natasha Lazar was an archeologist and historian who had spent much of her time studying the ancient civilization of Minos who got the chance of a lifetime to actually go to the Minoan Island to do some studies.

Little did she know this would change her life, literally.

While digging in a new location, she uncovered a fantastic find, the legendary labyrinth where the Minotaur was held.
She delved deep into the structure by herself where she found a strange, ancient shrine, but when she touched it, something happened; the essence of the Minotaur was stored in this shrine and it fused with her, changing her form.

A mighty voice spoke to her, saying that she has trespassed onto forbidden ground and now she was to be the keeper of the great creature’s strength and spirit until she could redeem herself to the ‘gods’.

She thought this was the end until she discovered the abilities and potential she had; great strength and dexterity as well as the ability to summon a powerful axe a her command.
Instead of dwelling on this ‘punishment’, she decided to make good with this power and she went forth to embrace a new life; the life of a super-heroine.

The problem with Champions Online’s character builder is that you really can’t make a decent minotaur character, so when I built her in game I decided I would go with the wolf head (make due with what you got).

She has been someone I’ve been wanting to draw out for a while, and since I’ve been on a odd minotaur kick, I decided now would be the best time to do that.

Minotara and art are mine.