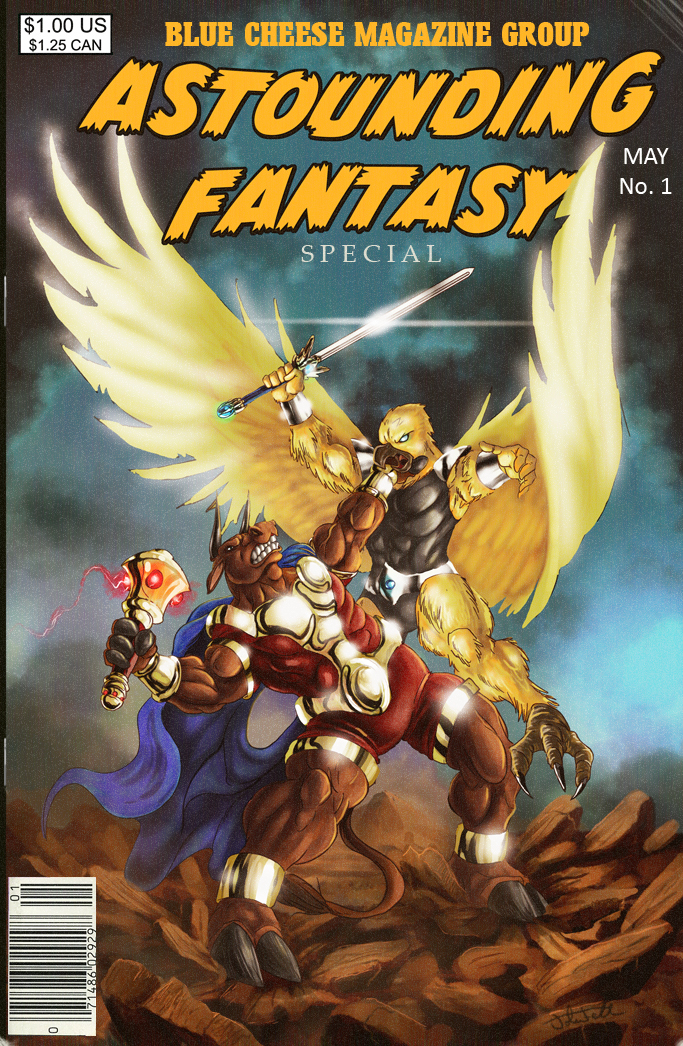 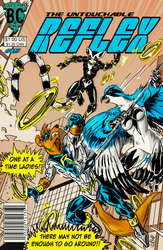 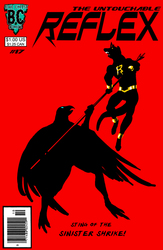 Due to the time displacement shenanigans of two villains from different eras, Bovar is thrust into a world he never mooed!
It is universal law that two heroes have to fight due to a misunderstanding before finally teaming up.

Here we have the cosmically empowered Bovar trading blows with the demigod avian Lance. Soon they'll realize they should be friends but not until after causing major damage to the surrounding environs.