The Double R experiment - Luxray (part 2) by How2101 (critique requested) 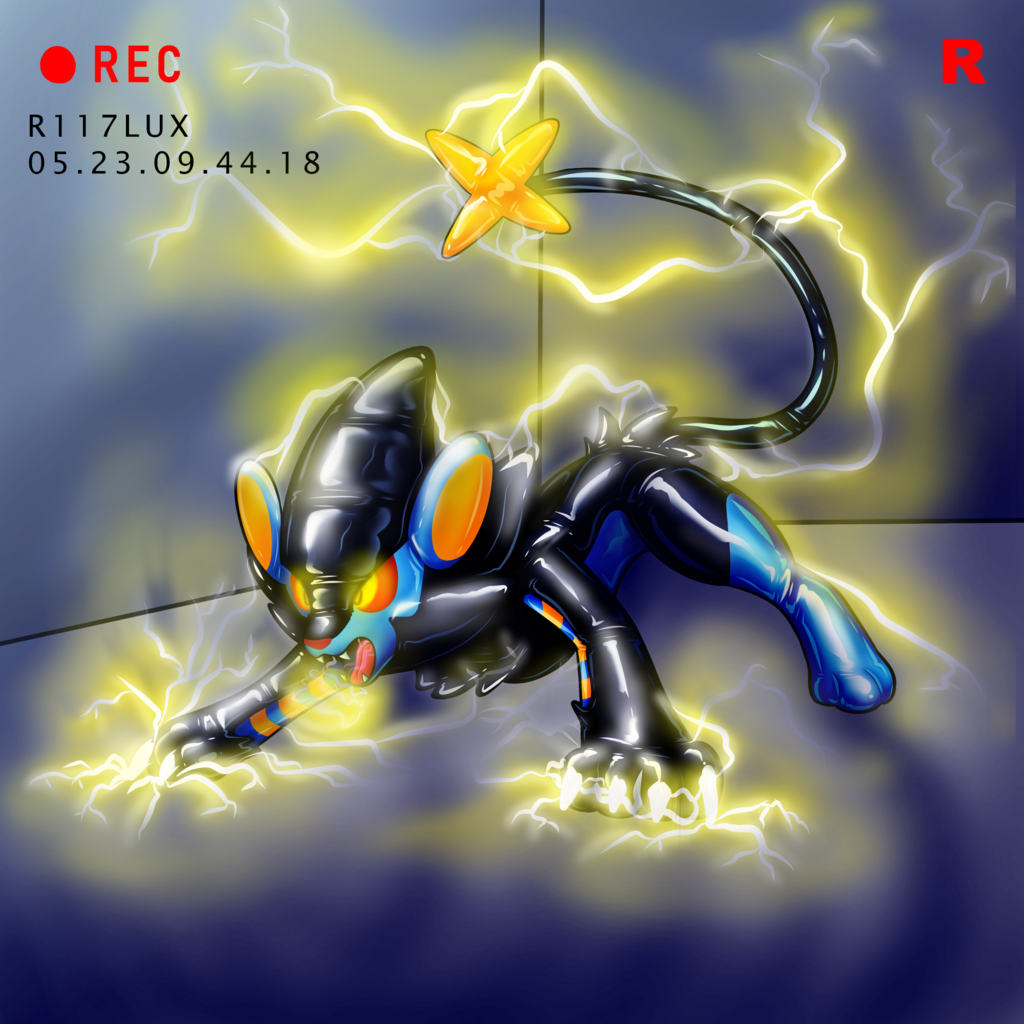 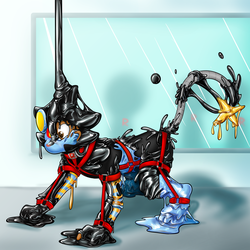 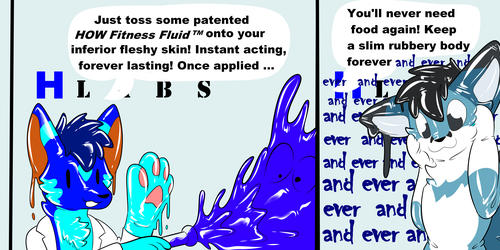 Notice: Any and all personnel who read this document without proper clearance (or strict approval by an admin) will be subject to punishment, up to and including becoming test subjects themselves.

I am pleased to announce the resounding success of another pet.

Subject LUX was encased in material ******** on day 1 of testing and left on his own with constant 24/7 surveillance. The harness routinely self-tightened once a week initially, after a month this was increased to twice a week. Subject LUX showed remarkably fast mental progress. I decided to restrain from the typical, all-encompassing Rocket Mind assimilation, instead opting to add receptors that magnified the pleasure experienced through the rubber as well as encouraged loyalty and submissive thoughts. I also made sure to include basic mental failsafes, should the procedure head south. However, I believe that it will not be necessary.

This mental acceptance seemed to have a noticeable effect on the physical changes, which in turn also progressed faster than normal. Subject LUX was noted to be acting like a pokemon even while still exhibiting relatively normal human traits. As the procedure progressed, however, these pokemon behaviors became more natural and graceful, while acts related with humanity were observed less and less. After * months and ** days, no human activity was present with only instinctual pokemon behaviors observed. Some physical human traits remained until day ***.

Electrical experimentation began on day *** through electrical buildup in the testing chamber’s walls. Subject began rubbing against the wall, making contact with static electricity on day ***. Electrical buildup began as energy accumulated inside subject LUX’s body. Electrical energy increased at a standard rate until subject LUX had an electrical capability of [REDACTED] megawatts, an above average capacity for a typical luxray. Footage shows subject LUX experimenting with and self-practicing his new electrical abilities, learning at an impressive speed.

The procedure was deemed complete on day *** at :, and subsequently moved to training and evaluation. He passed his initial trials with flying colors (see above pic). I strongly believe he’s ready for deployment and his first assignment!

commission for firedragon7000, feat. him being a perfect, loyal pet acing the preliminary trials! Soon he'll be ready for his first true mission, using his newly gained powers and undying obedience to advance the team Rocket cause!