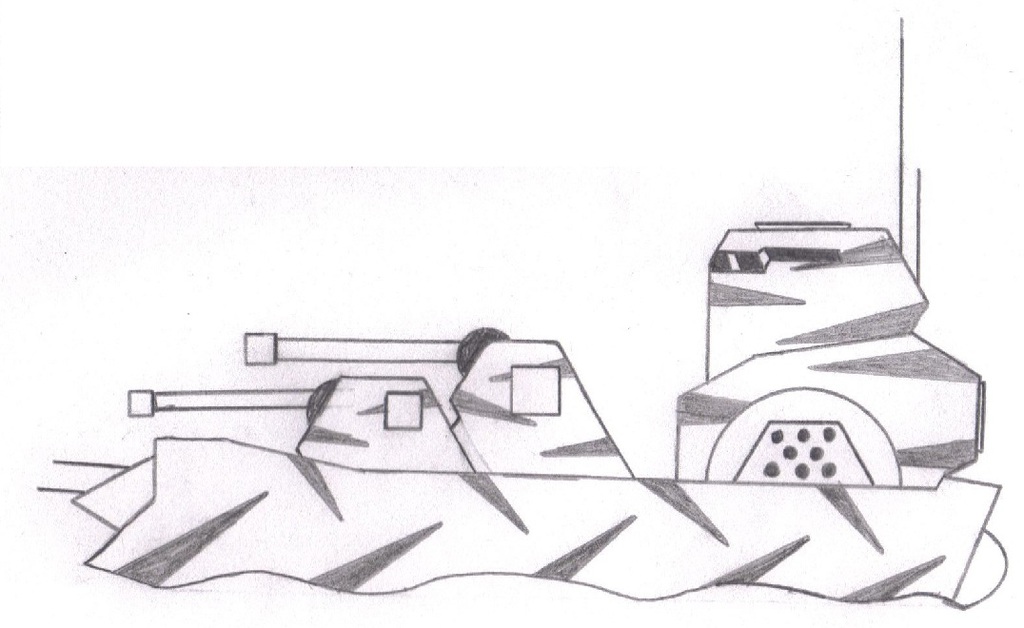 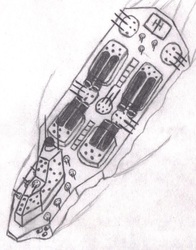 Needing a presence on the waves of other planets, the Federation called for a new Waterborne Navy for assisting allies on planets with waterways and for assaulting planets that have water as their primary source of transport. The "Bulldog" is an unconventional vessel that has all the firepower to the front and some firepower on the sides, further amplifying the idea of a one-shot KO victory.

The "Bulldog" Frigate has two STS cannons on the front of the vessel, the middle-top cannon also used for AA support if needed, as well as the two missile pods on either side of the "Bulldog". A forward Communications Array and Radar Dome help get every inch out of the STS Cannon's maximum firing range.