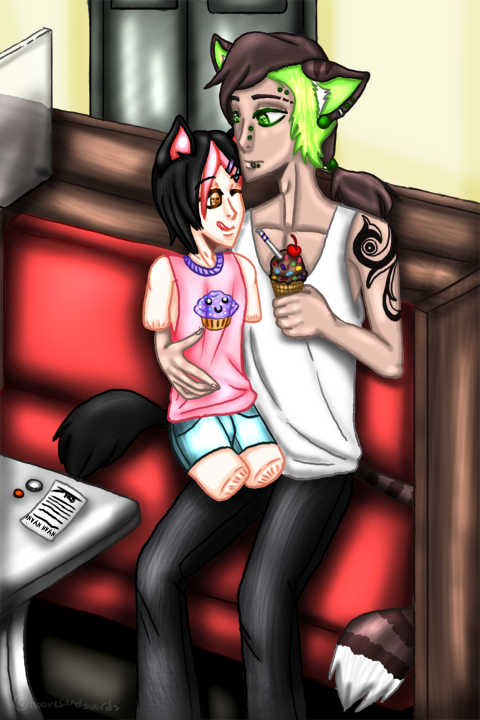 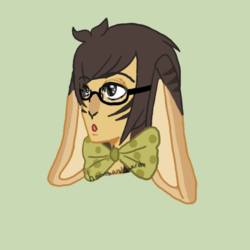 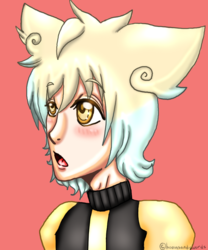 Riley And Kisha At The Ice Cream Parlor (critique requested)

While I’m working on the rest of my to-do list, let me take the opportunity to introduce to you the new characters who have literally been keeping me sane over the past couple months (besides Nikko and Melon, of course >w<) This is Kisha (the little dude) and Riley. I’ll post their story later, but for now all you need to know is that Kisha lost all four of his limbs in an accident and Riley is a punky troublemaker who ends up becoming best friends with little Kisha ^^ Kisha is sixteen (he’s really tiny for his age) and Riley is seventeen.

Kisha’s favorite place to go is the local ice cream parlor, and Riley’s happy to take him there when he isn’t broke, and even though Riley has to hold Kisha’s cone for him he doesn’t mind; it usually means he gets a bite or two in return. Kisha always gets a chocolate waffle cone with rainbow sprinkles and a cherry, because although he doesn’t like cherries, he knows Riley does and he lets him have it. He likes to sip the ice cream out of a straw because he’s weird like that xD

Riley, Kisha and artwork (c) Me