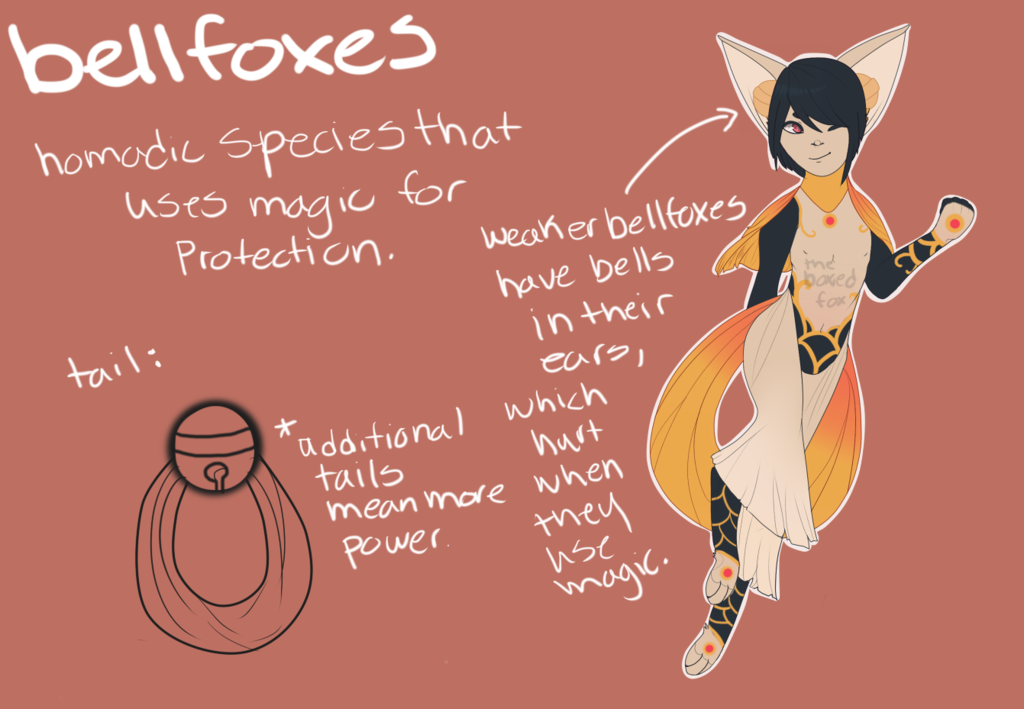 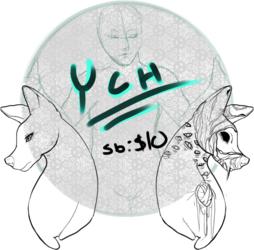 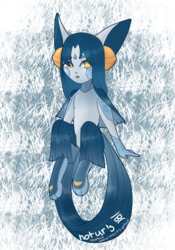 bellfoxes are nomadic creatures that have magic instilled within them, which they use to protect themselves and others. their bells will go silent before emitting a shrill, frantic tinkling during magic use.
There are varying amounts of power-- for example, weaker bellfoxes have bells in their ears, which tend to daze them because of the noise their magic produces. Stronger bellfoxes will have no bells in their ears, and more fox like tails in addition to their silky loop. bellfoxes not born with additional tails can acquire more power, which requires their comrades giving them their bells, or the bellfox in question thieving bells from others.
when a bell is stolen, it will turn a sooty black to mark that bellfox as a criminal. from then on, he will have difficulty finding a new group to travel with.

domestic bellfoxes are hard to tame yet a pleasant bit of company. their bells will chatter as they walk around your home. it's typically the weaker kinds that are taken in.