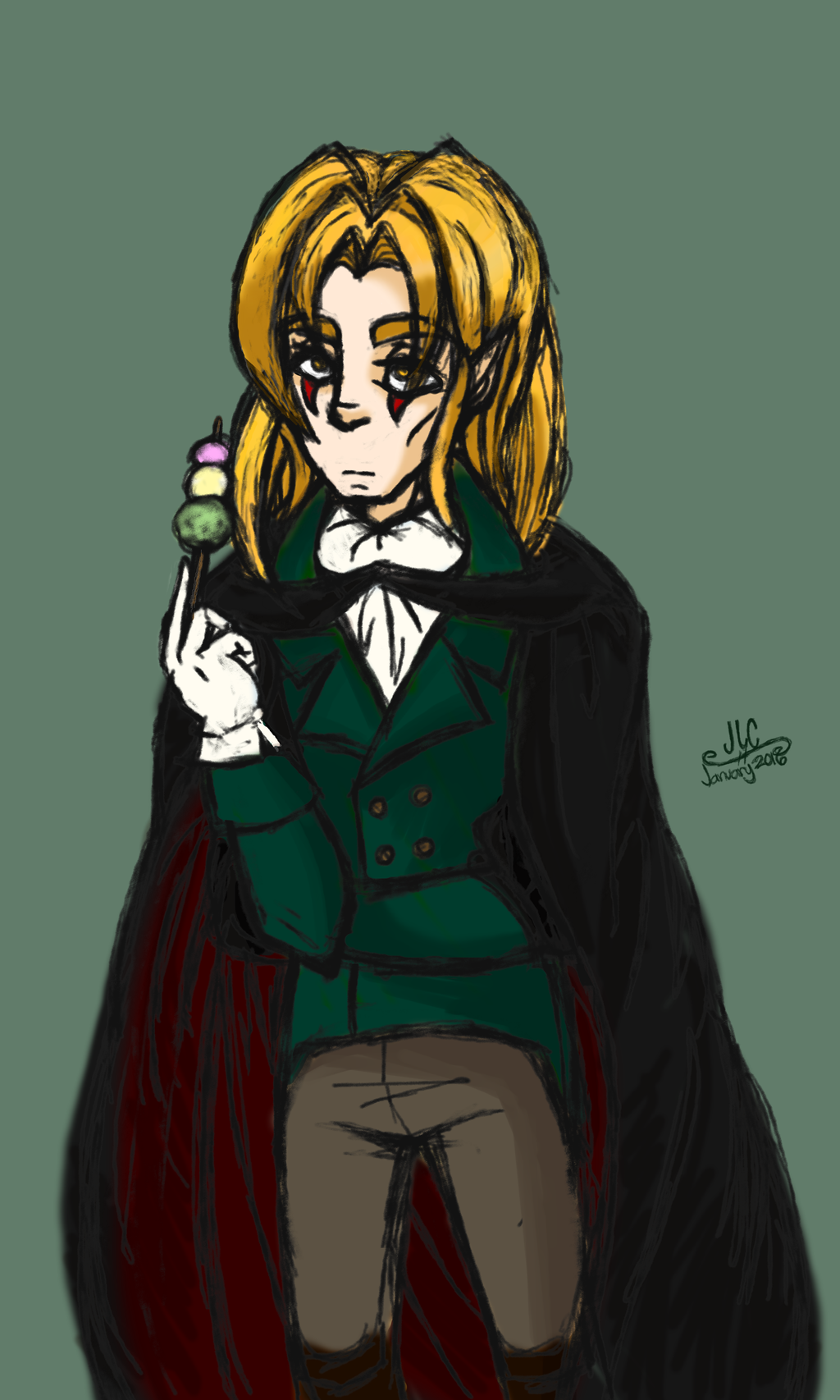 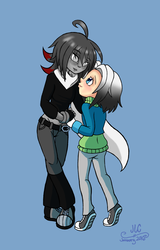 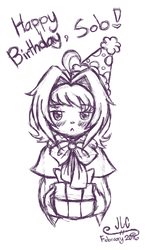 "So I was staying up until 3am last night helping my friend Kitty sketch up a design for Chi's father. This would be him, the old-as-balls English vampire Christoph Edward Vagabond.

Vagabond is...well, a wanderer. Doesn't stay in one place for very long, and has an interest in things "Not British" because after a handful of centuries living in the same place he got really bored and decided that other cultures were at least a breath of fresh air to him.

Is currently a fucking weaboo because of that. So you have this old-ass traditional-looking English vampire standing around looking stoic and bored while having a piece of Japanese candy or snack in his mouth.

Chi is understandably annoyed about this aspect of her white father, but it seems she at least gets along better with him than with her Japanese mother, whom she is always at odds with.

Christoph Edward Vagabond belongs to Paradoxgatita (AKA Kitty).
Art belongs to me.
Do not use without permission.