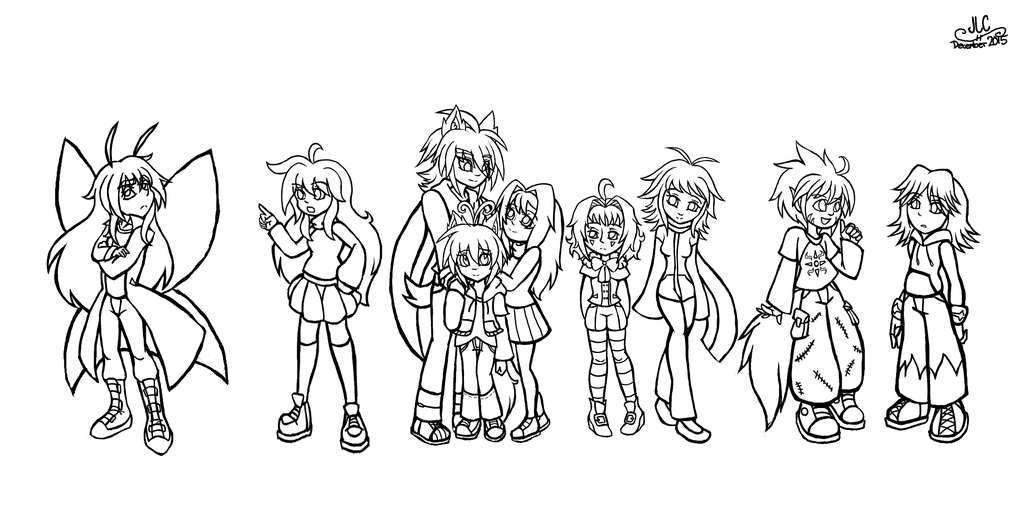 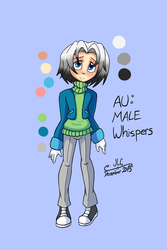 "Week 3's first prompt was to draw a group shot of my characters. Since I have way too many, I tried to stick to those that I still felt were relevant. That meant drawing NINE CHARACTERS...

Never again will I do a group shot of characters this big Jesus CHRIST.

I am filled with so much regret this was a pain to draw and fix up because ahahahaha I seem to have trouble making sure everyone's proportioned correctly while still matching their actual heights/presumed heights. @_@

And at this point, since I've gone this far, I feel like I'm sorta...obligated to finish this as a full-color pic. Which will give me hell, and also means I won't really have time for the other prompts meant for Week 3.

Soooo I'm thinking of combining the three prompts into this: A group "screenshot" of these guys at like...a park or something, idk.

I already hate myself so much for this asdfjkl;.

So, I should list off who's who. From left to right:

Blood really sticks out like a sore thumb, being the only, well, villain of the group. :U He's not welcome, lol.