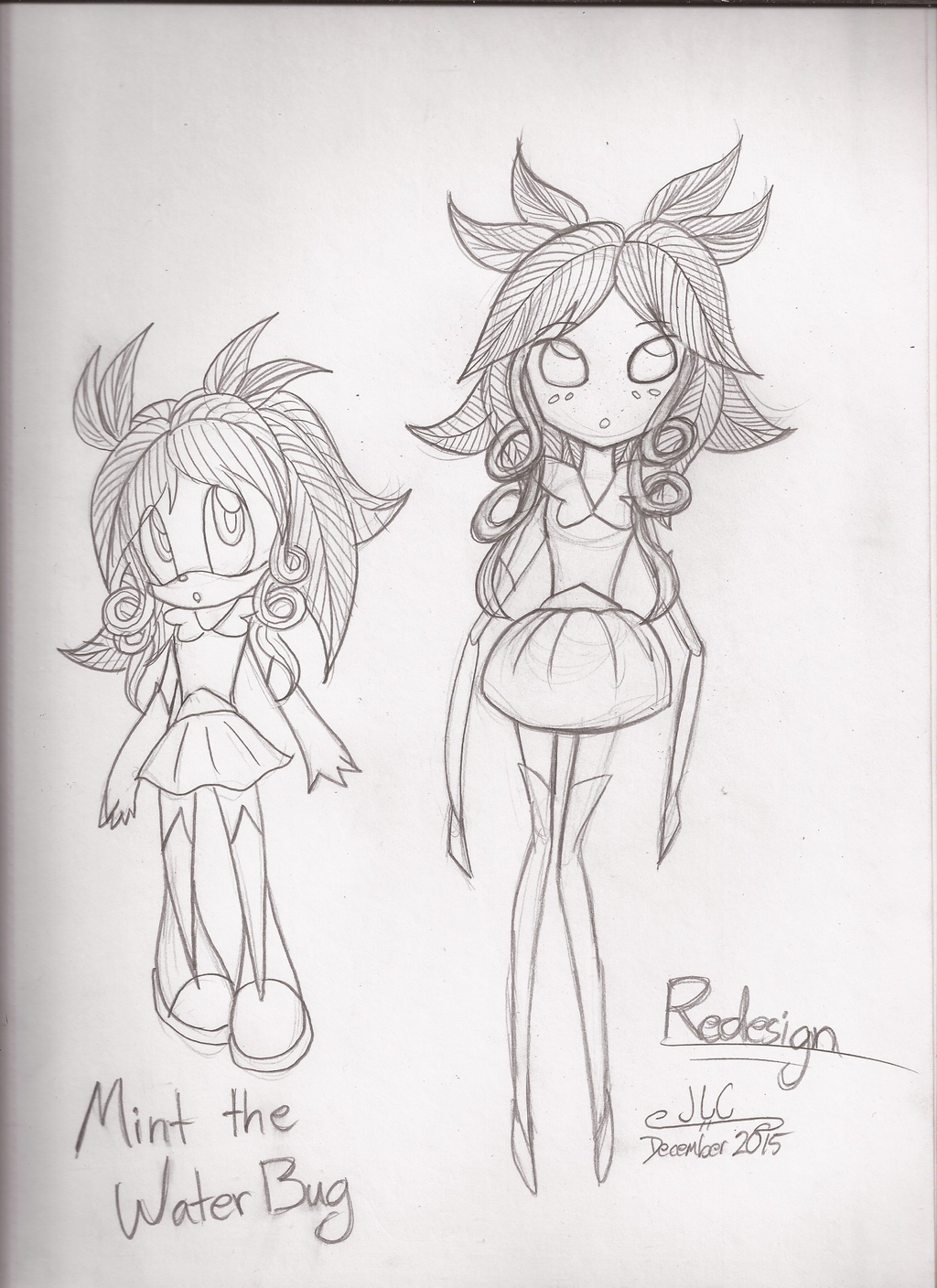 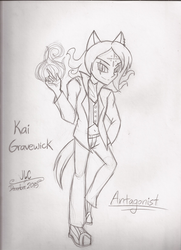 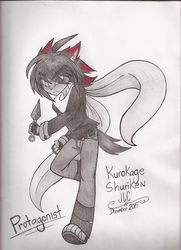 "The third prompt for Week One was to draw an old character I don’t use anymore, and then redesign them. It was a little hard to pick a character, since…I have 50+ character designs I’ve done when I was a teenager, so picking one I’d want to redesign was a little overwhelming. Mint the Water Bug is what I went with. As you might guess from the name and old design, she was one of my Sonic fancharacters at the time. I wanted to design a water bug/water skater character, so I came up with her. When I redesigned her, I wanted the design to focus more on the fact that she is an insect, and that her limbs should look practically like twigs, given the nature of water skaters. Her “hair” is made of leaves, by the by, so…yeah, lol."

Mint the Water Bug and art belong to me.
Do not use without permission.