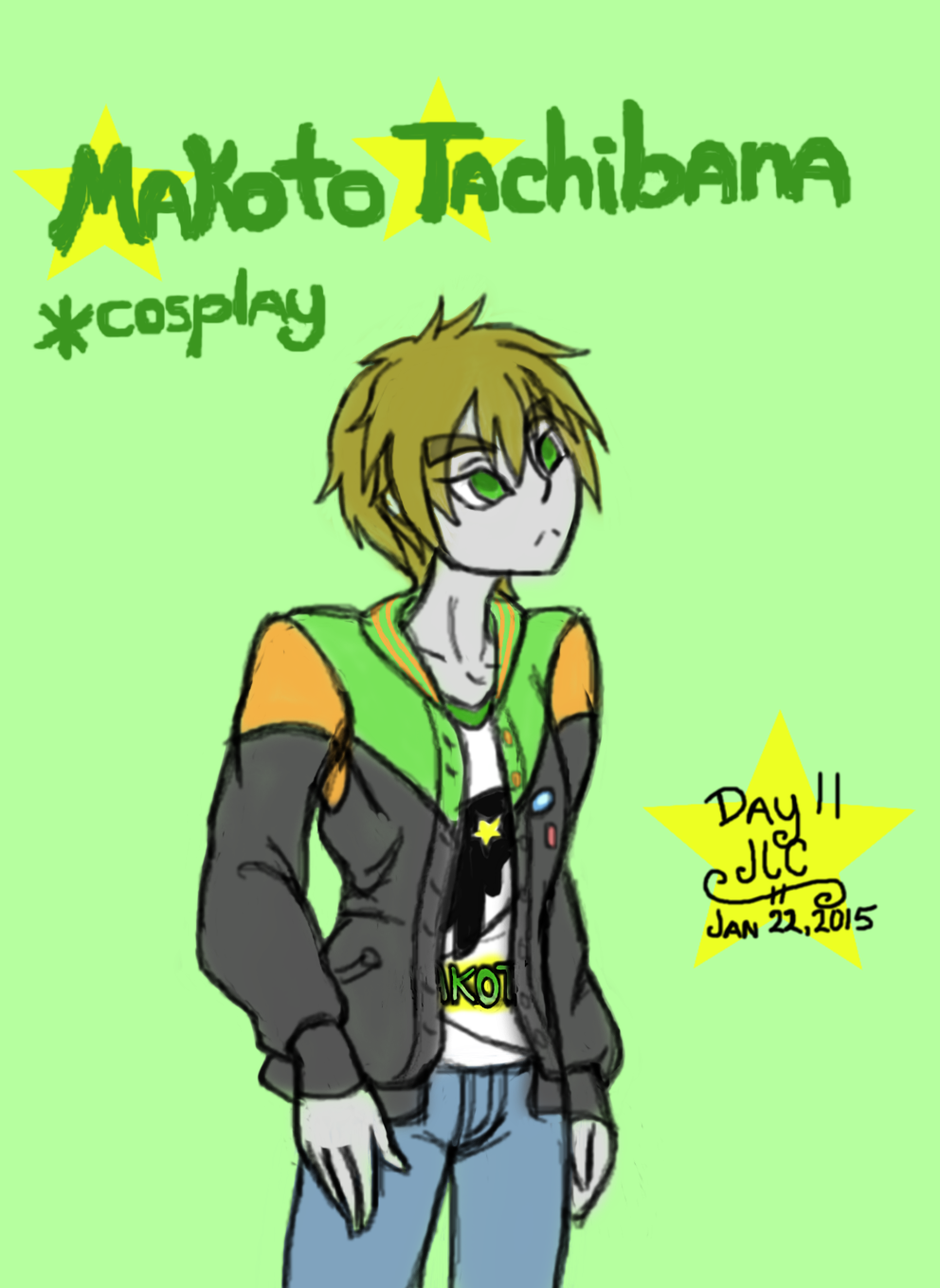 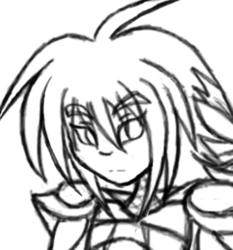 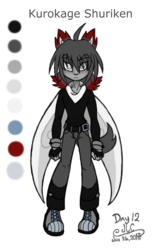 ...Considering that I'm doing this in rounds, I decided it'd be a better idea to draw my OC's cosplaying as their favorite anime character...or at least a character they like.

I struggled to figure out what anime character Kurokage would consider his favorite, but I figured he'd really like Makoto Tachibana as a character, from the anime Free!. So, I had him cosplay as Makoto, in the outfit he wears in certain segments of the Season 1 ED.

Kurokage even put some green contacts in! ...Didn't dye his skin, though, lol.

But yeah, that's about it. Enjoy."

Kurokage Shuriken and art belong to me.
Makoto Tachibana and Free! are from Kyoto Animation (aka KyoAni).
Do not use without permission.