Want to Take This Somewhere Else? by HeraLedro 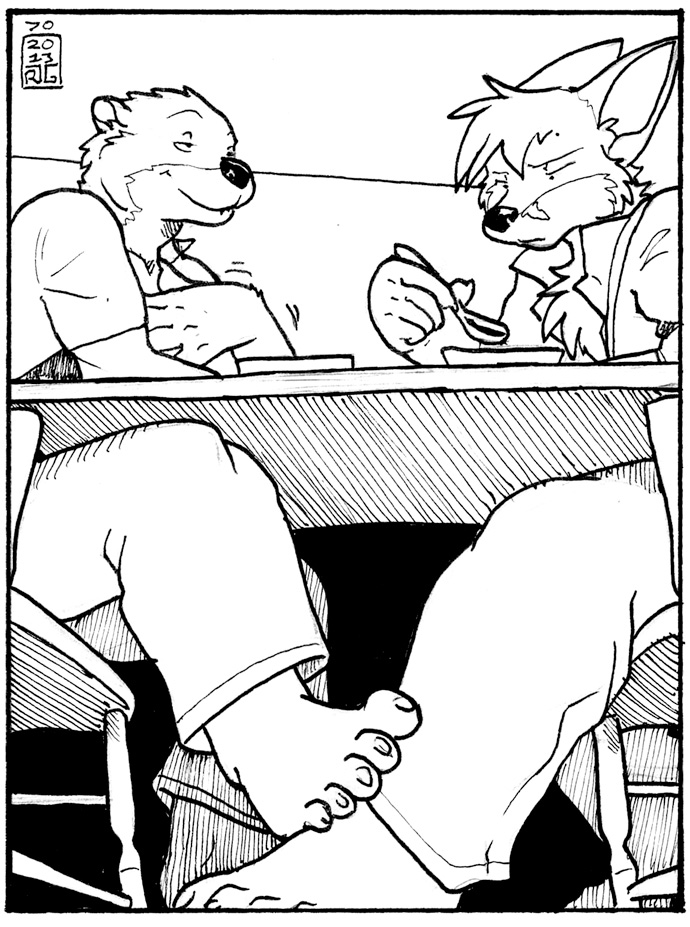 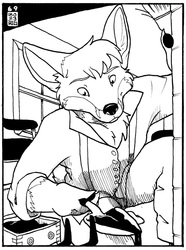 Want to Take This Somewhere Else?

I am extraordinarily grateful to Rick for this because it deals with questionable subject matter, and he was gracious enough to depict it. I'm very much of the position that homosexuality in media is not in and of itself family un-friendly, but Mr. Griffin has been wonderfully cooperative in depicting the explicit homosexual themes in this picture in spite of (at the very least, previous) concerns about publicly posting material that he considered family un-friendly. For this, he has my immense gratitude.

A great deal of the atmosphere in my story comes from not only the setting, but the interactions between Adam and James (the otter and fox, respectively). Their relationship is strained, complicated, and neither character is innocent. The interactions can create as permeable an atmosphere as a specially-crafted musical overture, and that is what I strived to achieve in this part of the story.

This is the last of my commissions from Rick for this Iron Artist series; my cash flow is not unending, and I would have dearly liked to commission more pieces from him, but perhaps it's for the best. Too many pictures would take away from the effect of the writing, and while I would kill for just one more picture from him, I want neither to overburden Rick nor to tip the balance in my story. Hopefully I do get the chance to commission Rick again, because this was an absolutely marvelous experience. The delay was unfortunate, but I wouldn't dream of imposing my own desires over a person's artistic needs. So, with luck, I will be able to commission Mr. Griffin sometime again in the future. I loved this experience, and I hope to have it again!