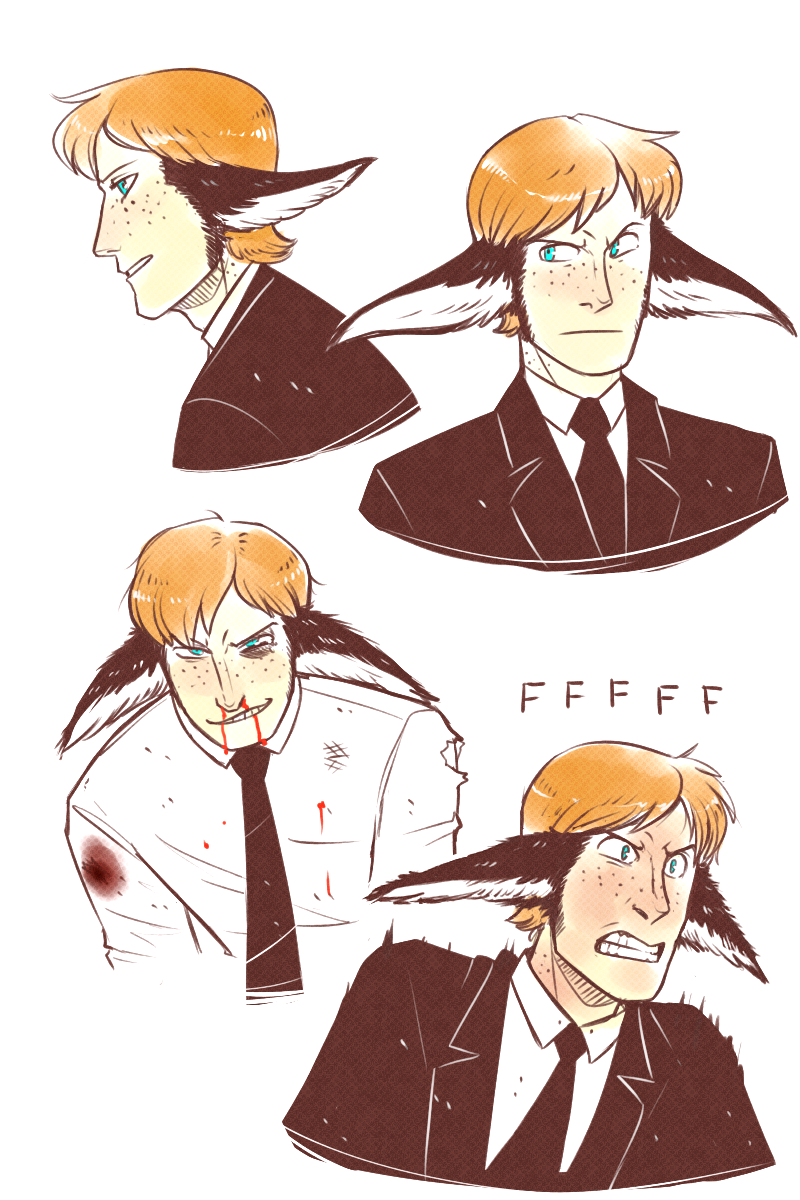 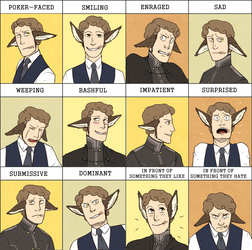 Just some doodles of my character, Liam. He’s a creepy ginger who works as one of Largo’s (another dumb OC) hit men sometime during the empire’s 2nd era.

Around this time, people first begin playing around with their genetics, and you get these weirdos walking around with big stupid animal ears (splicers). Liam is a second generation of two parents who’ve given themselves large ears for cosmetic purposes. Liam however, uses them for a more practical reasons, his hearing is much better than a normal person and works it to his advantage during a job.