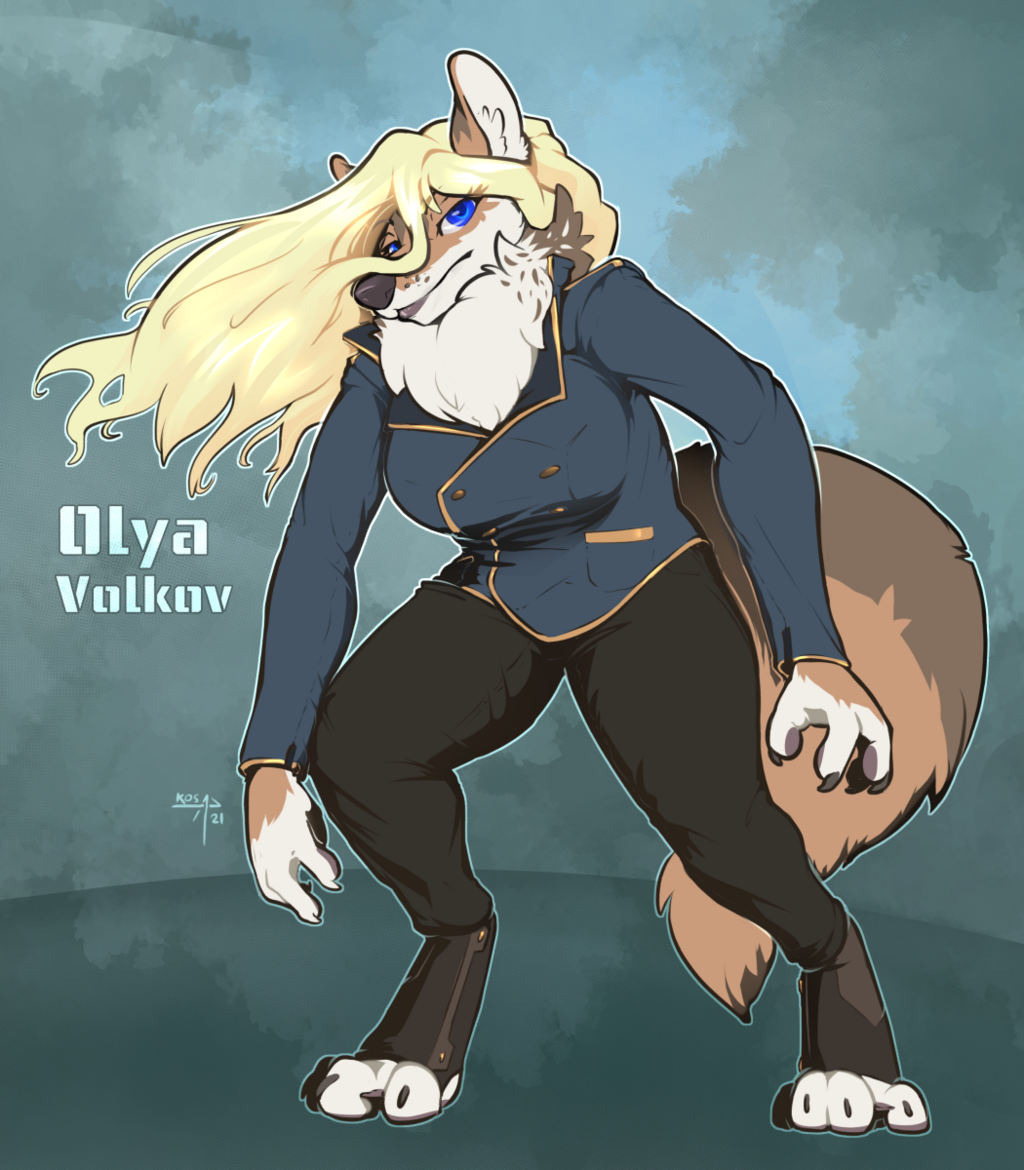 After Olya met an untimely demise at on a far away, wild planet, her clone awakened on the fringes of Romanov space, in the clutches of her family. They were not eager to let her leave again. She had proven herself too much of an embarrassment, a liability, to permit that again. Fortunately, her allies had other plans and helped break her out of their control. Finally free, she has decided to rid herself on their lineage entirely. She contacted some trusted physicians and used the last of her squirreled away fortune to build herself a new body, completely free of their influence, their control, their tweaking. Working together with her Liberated AI girlfriend, they designed the perfect body for her. Once more, she abandoned the sculpted shape her father created, and chose an animal marked by fierce determination and passionate cooperation. Now more than twice her original size, the wolf picked a new name for herself and was determined to begin the fight against her corrupt family.

Original art can be found here.