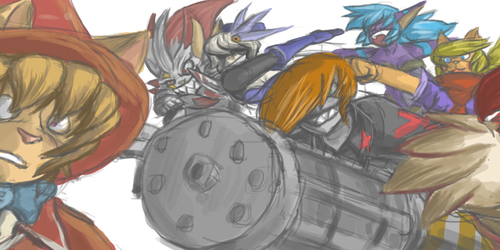 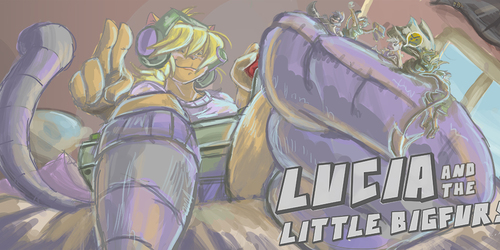 Well here it is, finally done.
Let's say this pic was quite impressive to draw in a way since it's so far the highest number of characters I ever managed to get in a single pic.

I believe now you guys know a bit who are mine among the whole list of characters I've drawn over years, yet this banner isn't the full list of chars. Most of the -less drawn- ones aren't there. Some I may need to rework their design a bit.