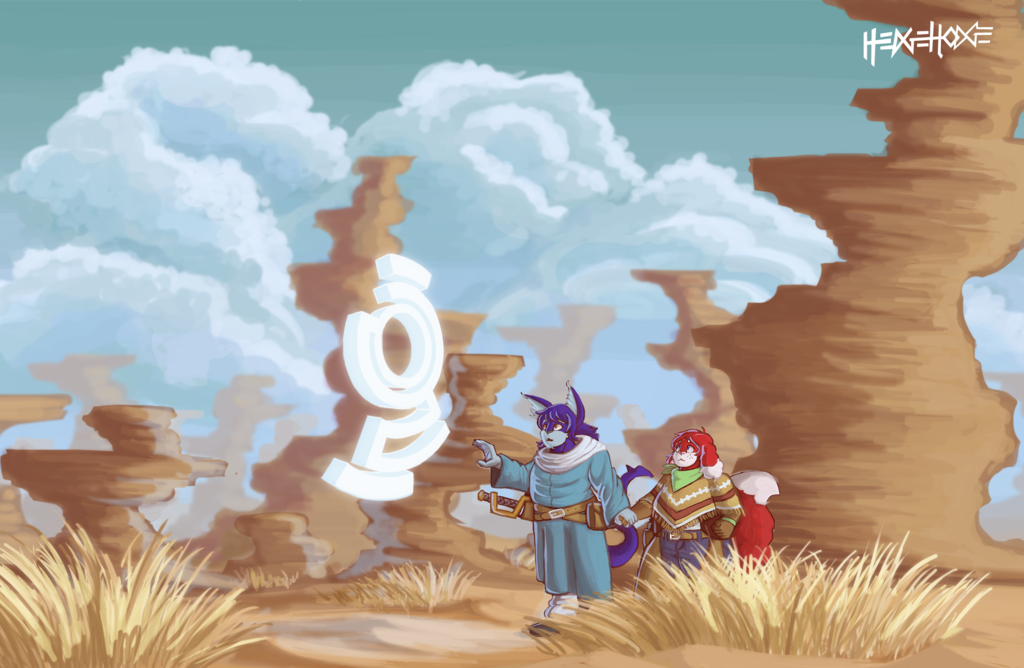 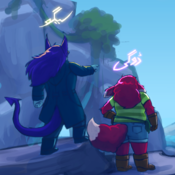 I just finished this bigass painting.

Sego and Doggy explore a pancake stack desert and investigate some weird manifestations of #aesthetic.

I started painting it during my first ever art stream, and I finished it over the weeks that followed. X_x;

The “pancake stack” mountains in the desert were inspired by hoodoos.

I was originally inspired to do this painting while listening to Devin Townsend’s Sky Blue album, specifically the album art, and the titular track.

I wasn’t originally planning to draw Sego and Doggy but decided to do so later, and I decided I would paint them bigger and then shrink them down to fit the painting.

A friend of mine inspired me to draw Sego in more Middle-Eastern garb while Doggy wears more Western garb. I’m not sure that makes any sense at all, but it felt right

And then over the course of looking for inspirations for the outfits Sego and Doggy should wear I somehow ran into Tinariwen and started listening to them too.

The floating aesthetic they’re looking at was drawn as a flat 2D path in Adobe Illustrator and then turned into 3D using a tool there. And then it was imported into the rest of the painting in Photoshop and then integrated.