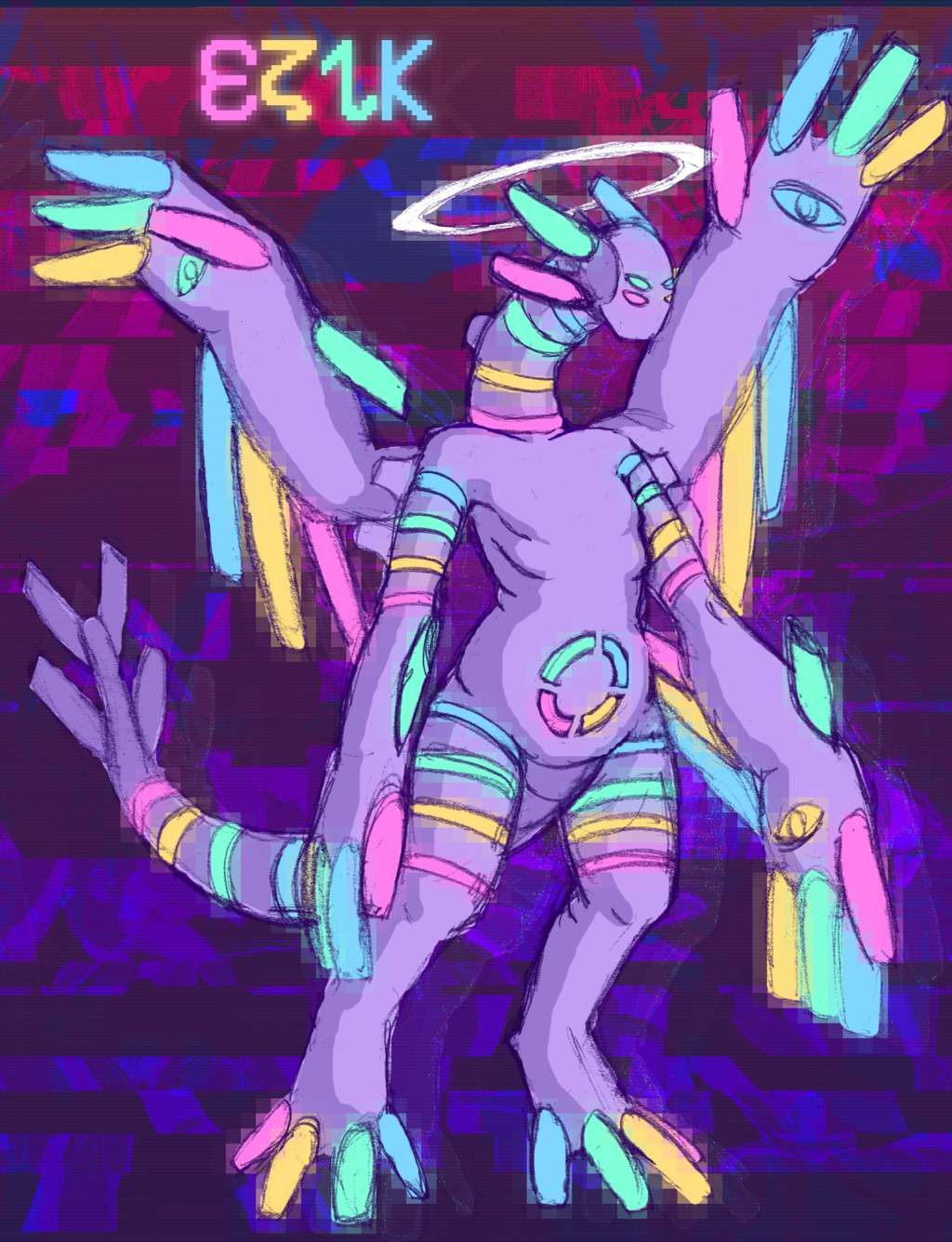 so I finally gave this dude a name. It's Ezik, a name that was suggested by one of my tumblr followers when I first set out trying to find names for this guy. Bit ashamed it took me this long to pick that name but hey, he has one now.

Another person had suggested calling him Taffy and I kind of liked that too. So let's say that Taffy is a nickname someone gave him

I played around with his colors a little again too, but it can probably be a bit hard to tell what with some of the effects I've applied on him

Also, he sort of has a theme music... namely, "Canon" by Justice: http://www.youtube.com/watch?v=thDWl0zIRHk

that little logo he has there made in greek letters? I drew that in MS-PAINT and enlarged it.