The Missing Link by Hebeni 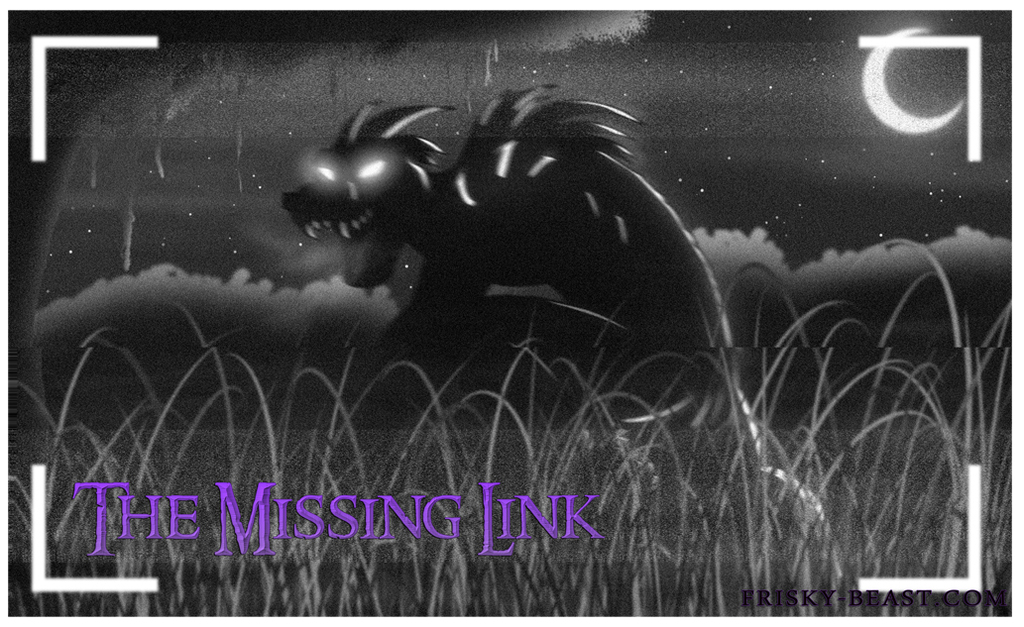 "Camping in the Scape Ore swamp was something most everyone in the area grew up knowing was a bad idea. But the thought of finally catching the infamous Lizard Man on tape was too much to resist. I picked a dry spot near the main river running through the middle of the park and set up my tent, placing the camera outside on my tripod facing the water. I fell asleep to the song of the cicadas chirping, but was woken up a few hours later to the sound of splashing.

I scrambled out of my tent and got behind my tripod, panning the camera around to where the noise was coming from. A large mass emerged from the water, long spines and wet fur lifting from it's back, sharp teeth flashing in the moonlight. It's eyes glowed bright yellow (I wish I had thought to bring my color film instead) The beast crawled up from the swamp and sat on a log, staring me down. It seemed to have an almost sentient gaze, like it was trying to comprehend what I was. I stood up slowly from my camera, reaching my hand out as a sort of peace offering. But the creature slipped back into the water without a trace.

It was only when I got home that I realized most of what I had filmed was somehow corrupted, I assume perhaps something magnetic must have been sitting next to my camera. I did manage to get a few frames of the creature among the static. I think another visit to the swamp may be needed to get the image I need of this amazing monster."

Here we have the art for the Missing Link on Frisky-Beast.com! I was told that the creature for this toy should be something vaguely reptilian, but mostly unknown, a silhouette. Taking in my love of cryptid beasts and good knowledge of the swampy variety of them, I decided to base this guy on the Lizard Man of the Scape Ore Swamp in South Carolina.

You can purchase the specialty adult toy of this character and more on Frisky-Beast.com!