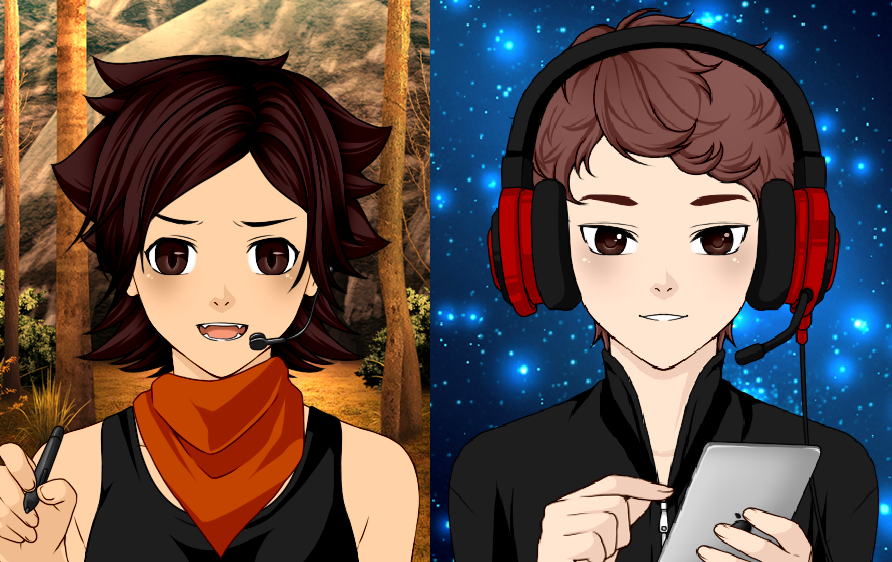 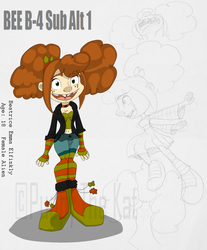 A TIME OF INJUSTICE Part 3 A RolePlay/Story (critique requested)

After The Ice Marshall left, Firefly started to cook up a plan. He secretly called Shreder in to help him. After the thing with Justine, he wasn't sure he could trust her anymore.

Acorn followed secretly behind Shredder and they just happened to hear her spying in on them ecspessially when she heard the news..."PUPPY CAN'T BE DEAD!" she yelled tearing up.....Shredder gasped..."Acorn!!!!!!" she stumbeled upon surprise and landed in a faceplant.

Firefly ran to Acorn and put his hand over her mouth. Shhh No one is supossed to know about this. We don't belive puppy is dead. We have been tracing signals for the past few days and we think we might know where she is.

On the far side of enemy lines Illusion stood by the entrance to the cell. "So your awake." she cakled. Puppy jumped up..."Oh no...Im not the one you want!!!! I'm not who I appear! Let me out!" she yelled. An overcom sounded "Don't worry sweet heart...There's no use trying to escape....I have you!...And I dont plan on letting you go anytime soon snowshoe....." The gaurd momentarilly froze in shock at the words used......She watched the girl carefully before noticing the girl was staring at some thing ....something that wasn't there...."A psycic trick...hes playing one on her....she must think he's standing right there..she thought..." The intercoms sounded again.. "Illusion come to my chambers at once we must discuss certain arangements in the girls training....stay right there I'll be right back..." The sinister words rolled off his tounge. She jumped up this time she ran full force at the entrance before being yanked backwards again by the short chain tethered to the shock collar she wore around her neck...."I'm not the one you want!" she yelled again "Let me out I can prove it!" the gaurd slowed to a stop and looked back before sayning in a hauty voice..."Thats what they all say." She walked down the ling tunnels of the hide out they had been carved in the rock of the mountain...She carefully examined each door till she found the right one...It was verry tall carved out of deep red cherry wood she slowly opened the doors before kneeling at the entrance..."Master may I come in?" The large chair slowly turned around and a man whos face was covered by a metal mask was revealed he had a long deep purple coat and his voice was that of an old man...a strong one at that."It took you long enough! One might think you'd forgotten the way....And learned your manners...Are you feeling sick!?!" The gaurd tensed "I was feeling proud!...At my catch ...She's well rather strong hard willed and stuborn as a mule." He scowled "You mean like me....." She froze then matched his scowl with a greater one...but this one had a certain hatred in it..."Nothing like you....THAT WOULD BE AN INSULT!" He looked back at her...."So your back to normal I see." She looked at him again "They WILL come for her you know......I can tell." He turned "ehh?". "They won't abandon her.. you can tell." He turned.."DONT GO SOFT!!! Besides they will if they think she's dead...". She tilted her head "What would make them think that?"...."Well each one of them have a chip implanted on the back of their neck sends their vitals and locations back to the base...You smash it it renders going out cold...They made it to easy by flying out in the open lets just say that a tranqulizer takes out a humming bird really fast...even the extremely small ones.".....The gaurd took a step out of sight and reached for something on her back she then picked up the dart gun "So...whos keeping an eye on the prisioner?"...........Back at B-4 Shredder explained to Acorn..."We recieved an encoded message 5 minutes after she fell out of the sky.....We can't crack it!" Acorn looked at the message and gave them the most sarcastic look she could muster..."Really guys! Your not serious are you......It says; Hit with Tranq taken to Sector 7 Point 5....." The two boys looked at her in awe....."Just tell us how!?!" "Well if you werent so busy trying to find a secret code you would have realized the "code" 8-9-20_23-9-20-8_20-18-1-14-17_20-1-11-5-14_20-15_19-5-3-20-15-18-G_16-15-9-14-20E Was that code that every kid used in kindergarden along with the backwards alphabet." Shredder stopped and looked to FireFly....."So we could have had the answer days ago?" She looked at Shredder "Yes...This is why i'm your team-mate to help you."

Firefly looked away, a little upset but relived. He went to ask permission take the jet to sector 7 to go get her. He also though how weird it was she didn't contact them, but aside from the point.

The Ice Marshall looked at FireFly and repeated himself. "I refuse to let you and the others go out....This is irrisponsible even for you Shredder...I'm highly dissapointed in you FireFly... You didn't even tell the team....I'm putting the facility on lockdown until you can come to your senses!" A short alarm blared and the rest of the team converged in the control deck. "I have bad news team we have to confirm the death of your beloved team mate Puppy The Kat... What some of you may not known is that we have been taking shifts beetween search parties searching for her. We have taken measures against such a thing by giving each of you a tracking system that also monitors your vitals as you've known but what you did not know is you each had an extra tracking system that is virtually untrackable without using a one of a kind hand held system. This morning the second system registered her vitals peaking then abruptly stopping....in translation she suffered a heart attack. We will be contacting the bearu for a replacement for her rank." SilverSparks eyes narrowed as he muttered something under his breath to Justine who refused to keep eye contact with anyone. Bee could no longer take it...."SO WE JUST GIVE UP!!!! PUPPY POURED EVERYTHING INTO US!!! ANYTIME WE NEEDED HELP SHE WAS THERE! WHEN SILVERSPARKS FAILED SIMULATION 12 SHE PASSED 34!!!! THERE IS NO TEAM WITHOUT HER!!!!" Her face flustered with deep red of not only Loyalty but tenderness. The Marshall looked at her with the emotionless stare that always glazed his face. "Yes, Then that is what we shall do......Your just children, that is an honorable position that they don't respect they would kill each and every one of you if given the chance they show no hesitation or evidence of a concious....we can only train you for the trials to come and thoose who are left behind are those who were not destined to survive." Bee stopped stone cold....Her eyes gave way to emoitionlessness and her shoulders dropped her kness buckled and she fell to the floor. Her head seemed to dangle from a hinge."You could watch us get killed and do nothing?" The team was just watching them in horror. The Ice Marshall hesitated too long......They all knew the awnswer....Bee Coughed and a drop of blood spewed from her mouth. "Just because my master killed you dosen't mean you can treat me like this...."Bee looked up at him her eyes were red at the flames in the depths of hell.... Justine was mortified and without thinking jumped inbetween the two....Knives that was the feeling knives everywhere......She grabbed her face from the pain.....Bee had gone limp.... She forced out the words and revealed her one good eye...PeeKaBoooo...... Just then the Ice Marshall fell to the ground unconcious as did Justine. SilverSparks watched as Spitfire picked up the Marshall and Shredder rushed to the girls side.....Silver couldn't find anything to say nothing rude nothing judgemental nothing sarcastic......It was the second time he had been truly afraid.....He didn't even check if they were okay...he just ran....he ran and hid under the simulation desk.....