Cody And Max's Backstory by Hazel3 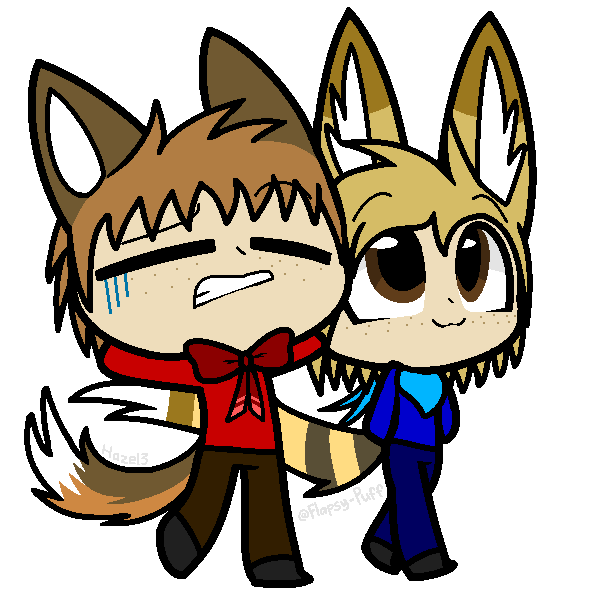 Cody was very timid as a child. He often ate alot when he got scared so that's why he was overweight back then. He never knew how to make friends as his shyness always took over.. He was even scared of zombies because he once came into a room when his parents were watching a scary film, where it showed a zombie apocalypse. Now he's scared of zombies and fears they're going to eat everyone alive!

Cody was a new kid in school, he didn't talk to anyone and was quite nervous.. That's until Max came along! Max was actually kind and jolly as a kid! He loved to make friends and play. Max came up to Cody to give him a warm welcome and Cody was just letting his shyness get the best of him, but Max never gave up. He was very determined to be Cody's first friend. The conversation took a little while for Cody to get comfortable.. But eventually, Cody finally saw Max as a friend! they'd play together, share snacks with each other, joke around and be silly, even go camping! Cody gained alot of confidence thanks to Max and even got influenced to be jolly too!

Unfortunately when Cody and Max moved to a new school, Max ended up getting bullied alot. He was mainly bullied for not being as smart as everyone else, not having any kind of special talent, and they even thought some of his interests were lame. The worst bully of his was an anthro lynx called Ryan. Quite often he'd laugh at how Max has only one friend, and that's Cody. But Cody was very loyal to Max, he has always been thankful that Max got him into making friends in the first place. Max was Cody's first and best friend, and would never want to lose him. Poor Max was bullied for a long time now, and he wasn't so cheerful anymore.. Cody was getting more and more annoyingly hyper throughout the years too.

Since they were only teens at the time, Cody kept trying to be with girls but kept getting rejected for being annoying. They would often ignore him, walk away from him, or even slap him with a handbag, but that didn't bother Cody he just kept trying anyway. Max was also interested in having someone to love, seeing Cody's attempts and seeing the successful lovers out there. Max thought it could be worth it in the end! Max's first relationship was with a cheetah girl. She seemed nice, but often asked Max to buy her stuff which eventually Max started refusing to. Eventually, she tricked and betrayed Max. She actually had another boyfriend all along, which was Ryan! She lied that Max was trying to steal her away from him so Ryan gave him a death glare while Max looked confused and shocked. Ryan suddenly pounced and attacked Max, but Max was unable to fight back as he was frozen in fear. He left Max knocked out with a broken drooped ear.

As he woke up, still feeling hurt from the betrayal and the attack, Max grew real sick of being bullied! He got prepared to do really well at gym class and even exercised outside of gym too. As he arrived to school, Max saw his bully Ryan about to pick on Cody. Cody looked a little unsure of what was happening.. Ryan gave an evil smirk and said "Let's give Max no friends, by getting rid of his only one!" he laughed about it while all his other bullies came to watch for their own entertainment. that's when Max got REALLY angry! He took Cody off the bully, told Cody to run for it and got himself ready and fought his bullies, injuring some of them and hitting them with objects! The girl who betrayed him told on him to the school, and school banned him from coming out, as he was almost done with school anyway. Cody then realised how different Max had become, from kind and friendly to very aggressive. But this time, he wasn't scared! Cody had known Max for a very long time, and they both stayed loyal to each other up to this day.

Eventually Cody was too old to be in school anymore and still wasn't very smart. He always distracted himself at class times, so he didn't learn very much. As a best friend, it is now Cody's job to try and make Max feel happy again. So these days, Cody spends alot of time with his friend Max. Cody decided to never give up on him just like Max never gave up on Cody! The end 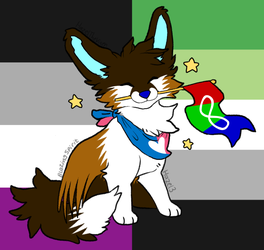 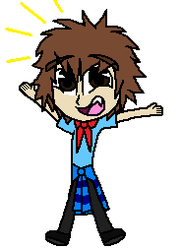 Here is Cody and Max's backstory! As seen on toyhouse :3 I plan on making this a comic someday! ^w^

Please know that I'm a new writer so expect some mistakes
Since I'm Scottish, The schools are based on British schools. So every student upgrades in years and not grades, and they leave when they reach a certain age like Cody did

Please do not steal my character(s)! They belong to me, not you.
Don't add offensive tags cos ya know, it's just unnecessary.. ­ ╮(╯-╰)╭
And please do not criticise! I refuse to be criticised so please accept that.


Pleease be nice when commenting!
Feel free to check out my other works too! I work so hard but it's always fun :3


If you can't say something nice, don't say nothing at all.
Thanks for checking out my works! meep meep! ヽ(◕ヮ◕)ﾉ