MISS NICKELODEON Round 1-6: Mandie vs. She-Wolf by HazardDan (critique requested) 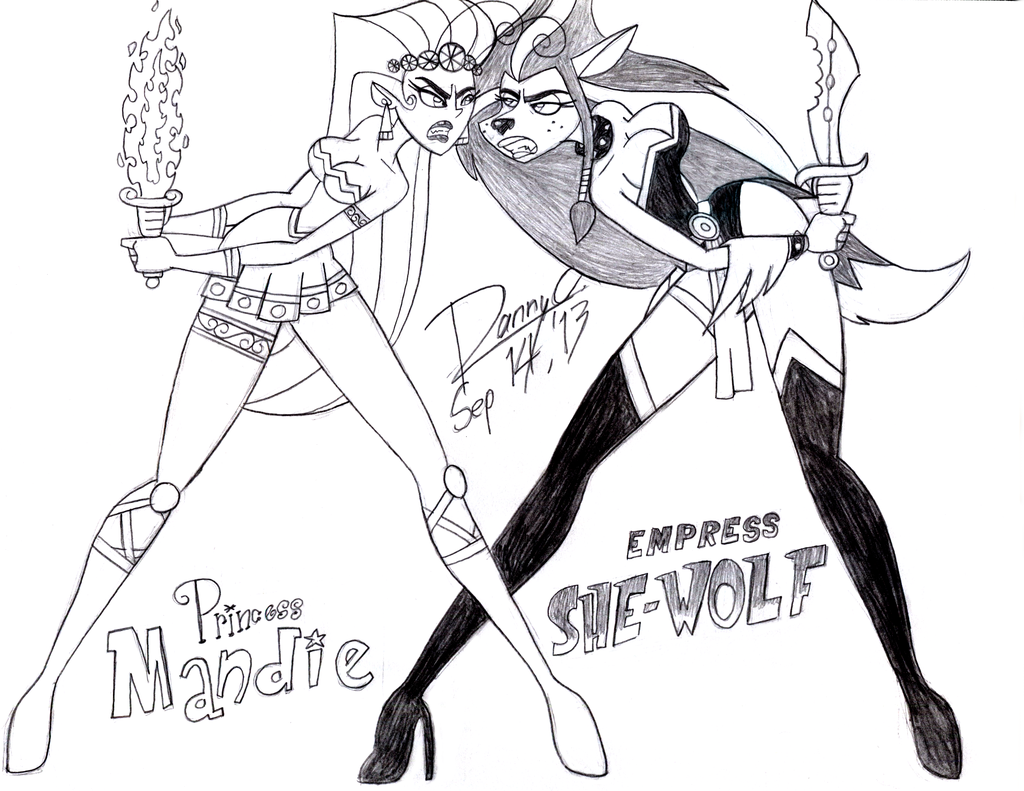 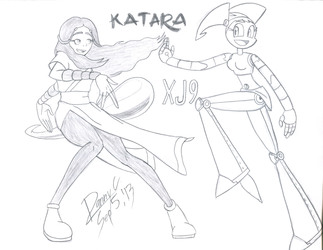 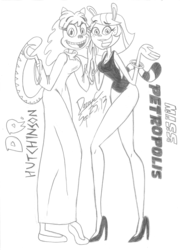 Next up, we have Round 1-6, this week we've got sexy killer royalty, with Princess Mandie(The Fairly Oddparents) and Empress She-Wolf (Danny Phantom).

b]Princess Mandie[/b] is the princess of an alien planet of Boudacia (ha! Pun.) and is what is to be considered as a "Deadly Beauty". She only wants to marry Mark so that she can cast him aside and rule Yugopotamia herself.

Empress She-Wolf is a one-time character who appears only in the episode Reality Trip. She is one of a trio of nerds, who were transformed into super villains by the Fantasy Gem. She carries what appear to be a hunting knife/dagger, as well as a metal claw on the end of a chain for ranged attacks.

Fun Fact: Both have hopeless (possible) suitors, Cosmo for Mandie, and Tucker for She-Wolf.