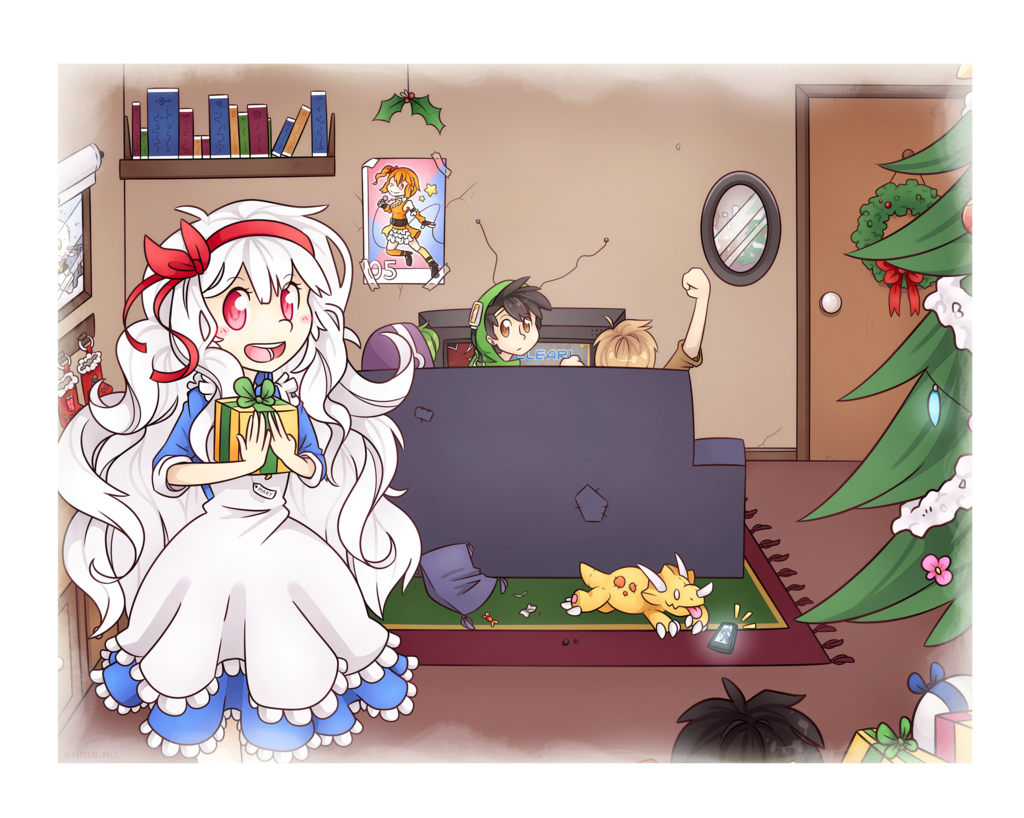 And here's secret santa gift 2/2 -- the Mekameka Dan interacting and having a merry Christmas together for dzbloom! So many characters...!

It's Christmas, and what better way to spend the day than with friendly company! The Mekakushi Dan awoke to find an overeager Konoha rummaging through his stocking and leaving a trail of candy wrappers throughout the base, so they decided to have him work off the sugar rush by shovelling away all the snow outside! Meanwhile, the rest of the group decide to open their presents-- Kano was keen to try his hand at a shiny new multiplayer videogame with Seto and Kido, whilst Mary waits until photo-time's end before opening her gift. I wonder who it's from...?

Uwaaaa I think I died five times over trying to draw this... I had an easier time with this one over the first though 'cause I wasn't stressing about how I wasn't-but-still-kind-of-was sticking to the brief! It was actually kind of therapeutic drawing so many characters I hadn't drawn before www
Anyway, I'm pretty happy with the turnout and I hope you like it too! Have a merry Christmas and a happy New Years, ne? ☆

Oh yeah, do you recognise which artwork of mine I threw on the tv? Ahaha it was an hour before the deadline and I didn't want to draw anymore so ///