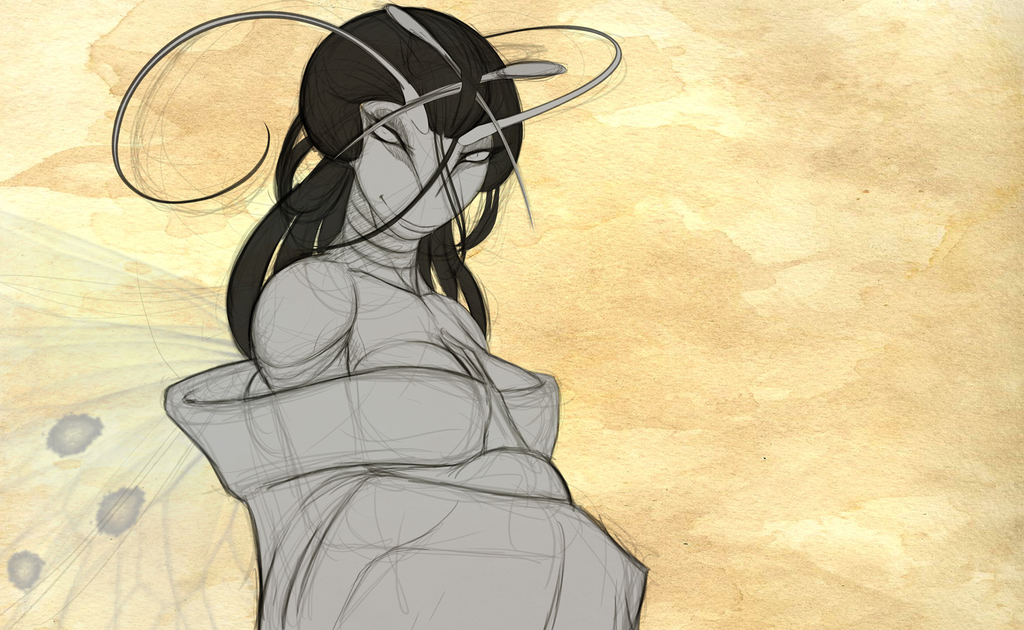 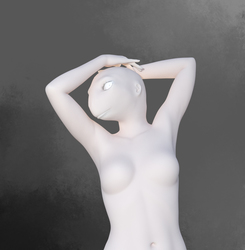 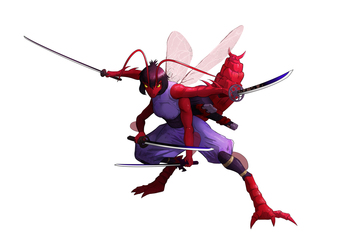 much like the Pharaohs of ancient Egypt. Saraswati is part of a long line of deified rulers in the largest and most powerful countries on her planet.

she is well educated, shrewd, soft spoken yet powerful and commanding.

when a human exploratory ship was forced to land in her private lake (someone popped the clutch), were others even in her court saw god or demons, she saw opportunity. seeing the truth that others would not. that these "gods" were just flesh and blood like her own kind but with technology far beyond everything on her world.

fascinated by these soft skinned apes, she seduces on of them to satisfy her curiosity and help "persuade" him to part with some technological secrets.

however she found that she rather enjoyed the feel of his skin on hers and the taste of his kiss. so now she plays a delicate game of balancing her desires of her body with her political needs

how close does she let herself get to this alien?
how much does she manipulate him to get access to the tech she wants, lest she pushes too hard and he pulls away from her (she is not so arrogant as to think her forces can stand up to the potential weapons of a space faring race)