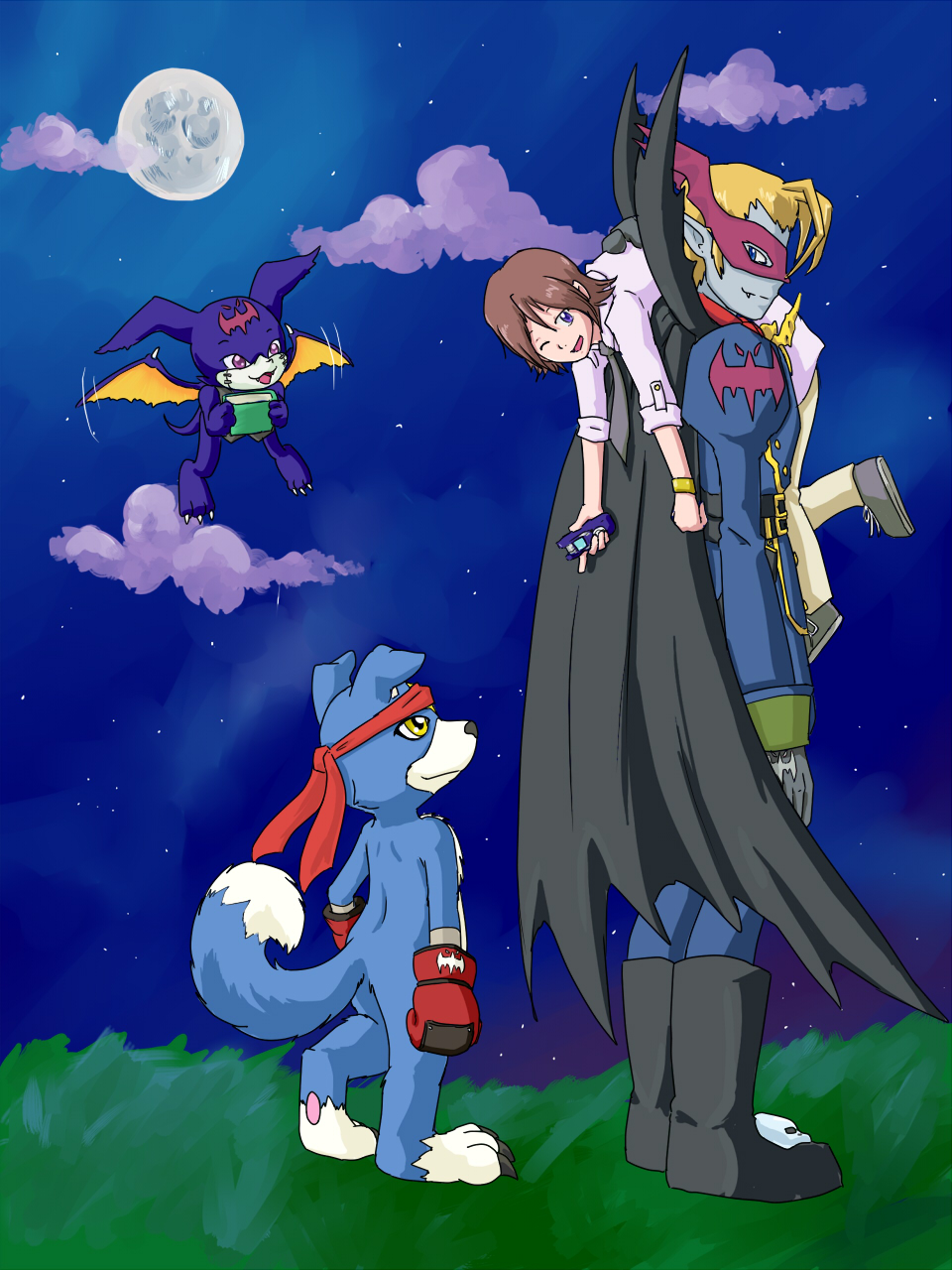 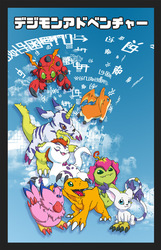 So anyone who's seen up to episode 19 of DIgimon Xros Wars might be surprised to see this kid. I figured the lost little brother of Twilight's general decided to have some art done of them... THE FIRST EVER. Unfortunately, due to just having a heavily shadowed, black and white screenshot, the colors I used are a bit off.

This went totally out of control. It was just supposed to be him in the picture, then I threw in the vampire and then the boxing dog (because the OTHER Yuu has one) and since he looks like Neo's little sister, threw in the bat-thing from V-Tamer.