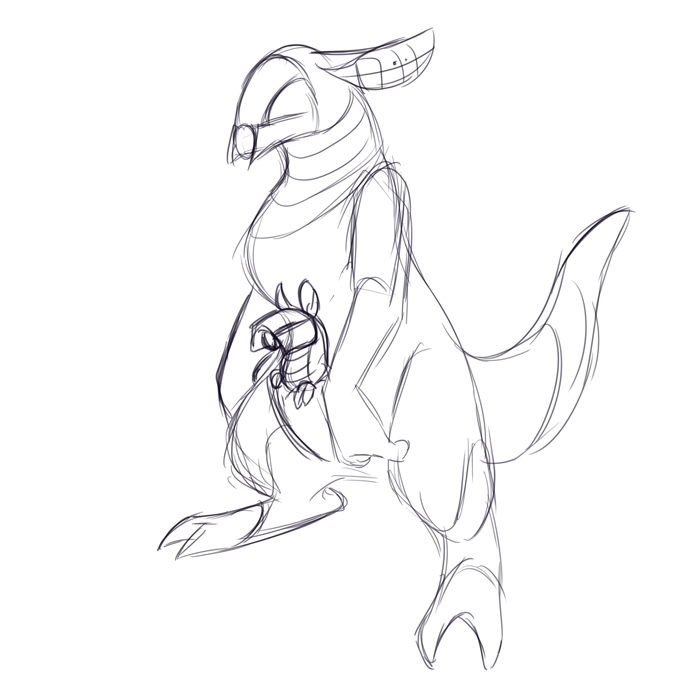 This is a sketch commission from https://www.weasyl.com/~foxena of Kanga and Roo from Winnie the Pooh as a Quarian and a little Geth, respectively.

This commission was done for fun, laughs, and the cuteness. Winnie Effect is the universe where everything actually goes pretty well in the 100 trillion acre galaxy, and Winnie Shepherd manages to solve everything without too much fuss.

Other characters are:
Eeyore the Elcore
Rabbit the Krogan (The surliest of Krogan)
Owl the Turian
Tigger the Salarian
Piglet the Hanar
Gopher the Volus