I'm a photographer, a writer and generally a prat. Ask more if you want more :U

Openly mated to the EVER so sexy 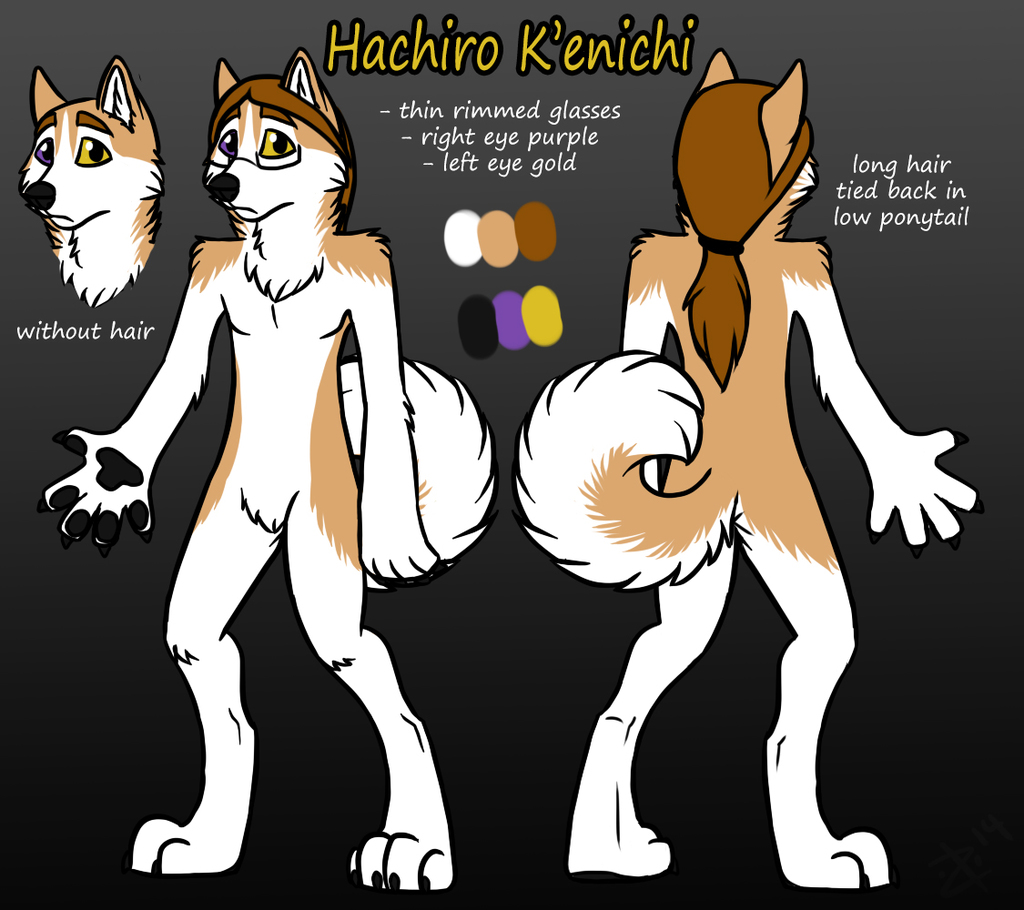 So, this is totally late from when it actually happened, but wahey. On Saturday, I decided to get into a fight with a ledge and lost, pretty bad, apparently. 6 stitches in the back of my head, near the base of my skull. I'm fine, don't worry guys. No concussion, just think I might've chipped a tooth.

So, what really happened was rather dumb. I was sitting on a single bed, after having found some clothes we were looking for in a spot that really should've been obvious to us, I got kinda exasperated and flopped back on the bed. The wall has a bit of a weird design, where it's in two levels and makes about a 4" wide shelf about 2.5' above the floor, a bit higher than the bed. I, having expected there to be bed, and not solid plaster and metal corner molding, went back full force and opened up a 2" gash on the back left side of my head, around the base of the skull. Said gash also pulled open about an inch across at its widest, apparently, and went "pretty deep". I didn't realise it had split until I touched back there and it came back red. It didn't actually hurt that much, which is what contributed to me thinking so. It made a hell of a noise, according to a friend who watched me do it. So, I'm like "Fine whatever, get me a cloth, tell me how it looks". That happens, and people around me start going "Ooh, that looks really bad, you should go to the ER." in a slightly disturbingly serious tone. That's when I started to internally panic, a bit, but I didn't exactly feel bad enough to warrant a freak out. No lightheadedness, no nausea, no blackouts at that point. I got kinda irritated when everyone wanted to chaperone me around, since I felt perfectly fine, save for having to keep my head down and thus not being able to see terribly well thanks to the hair. Regardless, we got in the car, had a bit of faffing about thanks to road closures and trying to get to the ER's entrance. Managed that, get into the ER. Check in, wait for triage... For about 2 and a bit hours. Finally get that done, they are kind enough to give me a head wrap bandage so I don't have to be holding the bloody cloth against my head. Not too long after, I'm called up for the check in proper, where I got my bracelet and get sent into the actual ER ward... To wait another 20 minutes. Then I'm told to go and wait in the suture room, for another 45 minutes or so. FINALLY the doctor comes in, and she's a cynical bastard. Which is good, because I've spent enough time in hospitals for other people to share that cynicism. We got along very swimmingly. All in all, from the time we arrived at the ER to the time I got a needle of lidocaine shoved in my skull skin, was about 3 hours. At that point, the actual stitching went very fast. They were kind enough to use dissolving stitches. I, personally, wanted staples, but they A) need to be removed and B) would probably have meant shaving at least a bit of my hair. So, sutures. Didn't feel a THING thanks to the lidocaine, and they didn't shave a single hair off my head, which I'm eternally grateful for, because ayyy I can donate a full head o' hair. Went out, grabbed little caesar's since we were all starving, and finally got back home. From leaving to getting home took about 4 hours all said and done. It's now (technically) monday morning and I can say that THESE THINGS FUCKING ITCH HOLY SHIT BALLS. But wahey. No hair washing for the next few days, and I'll have a neat scar to not ever show off because long hair. So, in summary, I'm dumb, but not dying, and have really itchy stitches that I can't scratch, so wah. Gimme a cone o' shame boys.

Currently I'm accepting everything as I sort of need to rebuild my portfolio of writing for others. As this wears on and more proper stuff gets put up I'll be moving to commission-only sorts of things. That being said, talk to me and we can figure things out for what you have in mind! Plain short stories may vary in cost dependant on length, PM to inquire. Dependant n the severity, complexity and/or fetishes involved with a smuttier story, expect to see a rise in cost as noted, as with clean vs. NSFW descriptions/bios.