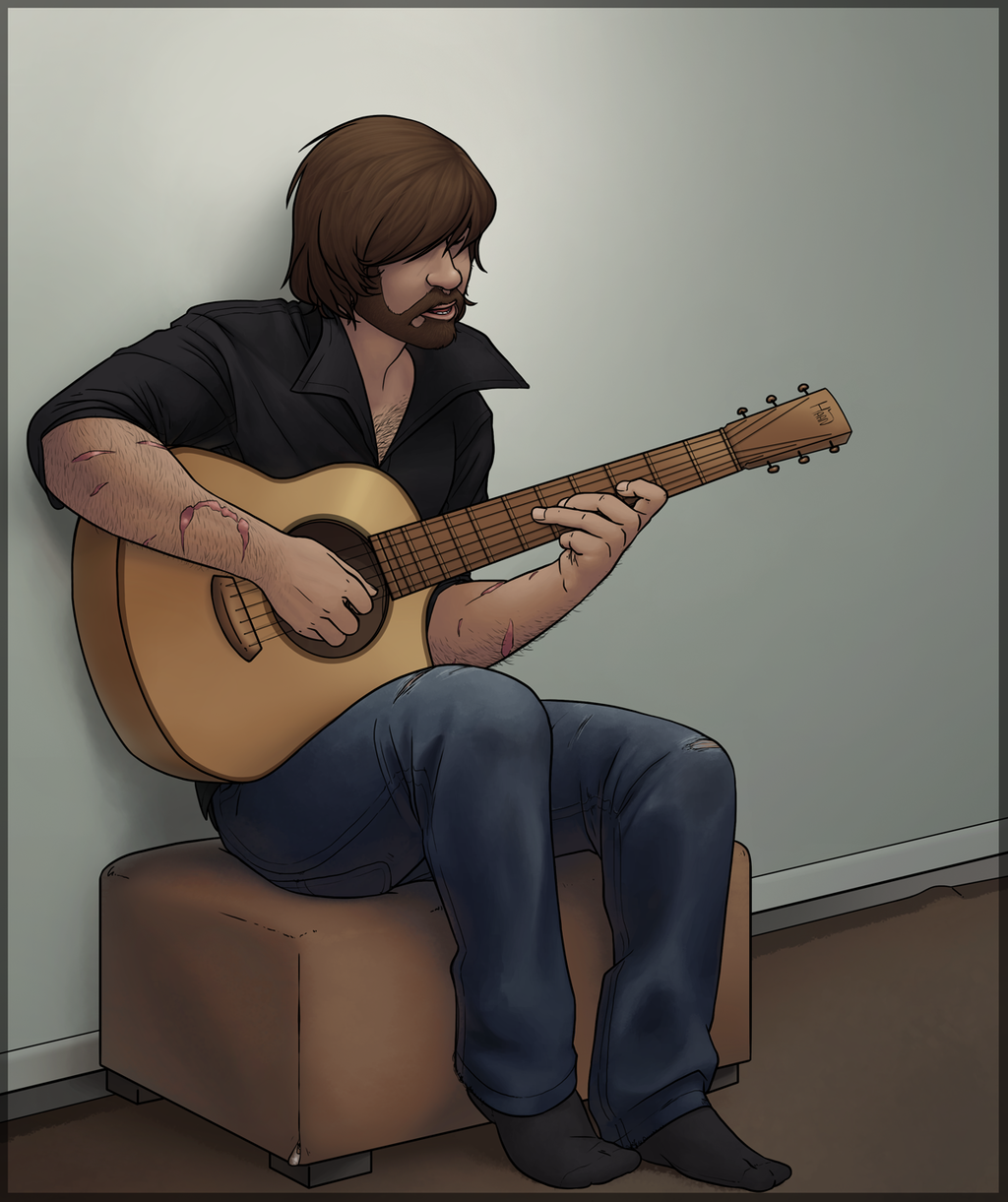 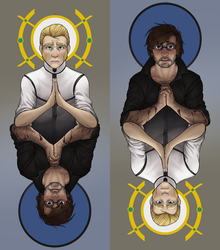 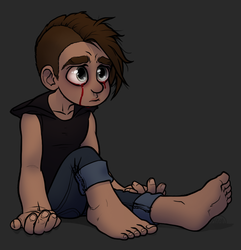 This was done for an NPC event at the Distortion OCT and comes with a nice little story attached. c:

It was a night like many others -the town was dark and the various objects floating in fixed points partially blocked out the sky, looming silently above the people’s heads as though waiting to be brought back to their places. The flickering streetlamp had finally decided what to do with its existence and was now standing horizontally over Daniel’s bedroom window casting its dim orange light through the curtains, carefully watching over the two figures sleeping in the room. To them the day was over, but to people outside the room it was far from such.

Downstairs, a single human stood in front of the mirror, trying desperately to calm himself. He’d promised to do something he’d not thought through, something no amount of preparation could get him ready for. Through some miracle he’d managed to acquire a guitar that now leaned to the wall in front of the man, calmly waiting for its moment to shine. A grab, lift, and a short walk trough two doors and it faced an audience that, small as it was, made the hands carrying the instrument shudder a bit.

Daniel sat down. he sighed and, after trading his classes for a thick, comfortable blur around himself, put his fingers on the guitar’s strings. He didn’t say much nor were words needed, everyone knew why he was there and what would happen next. And he played. He started with a simple melody, mostly to calm his nerves and get him in the mood and once he was done, stuttered out the next song before his hands once again stroked the guitar’s strings, this time accompanied by his voice that, although shaky at first, soon grew confident and strong. There he sat, playing out many a song as the hours ticked by. He finished his last song and started digging his pocket for the glasses feeling better than he had for weeks, and for the first time since the warp, he found himself happy to see the faces around himself.