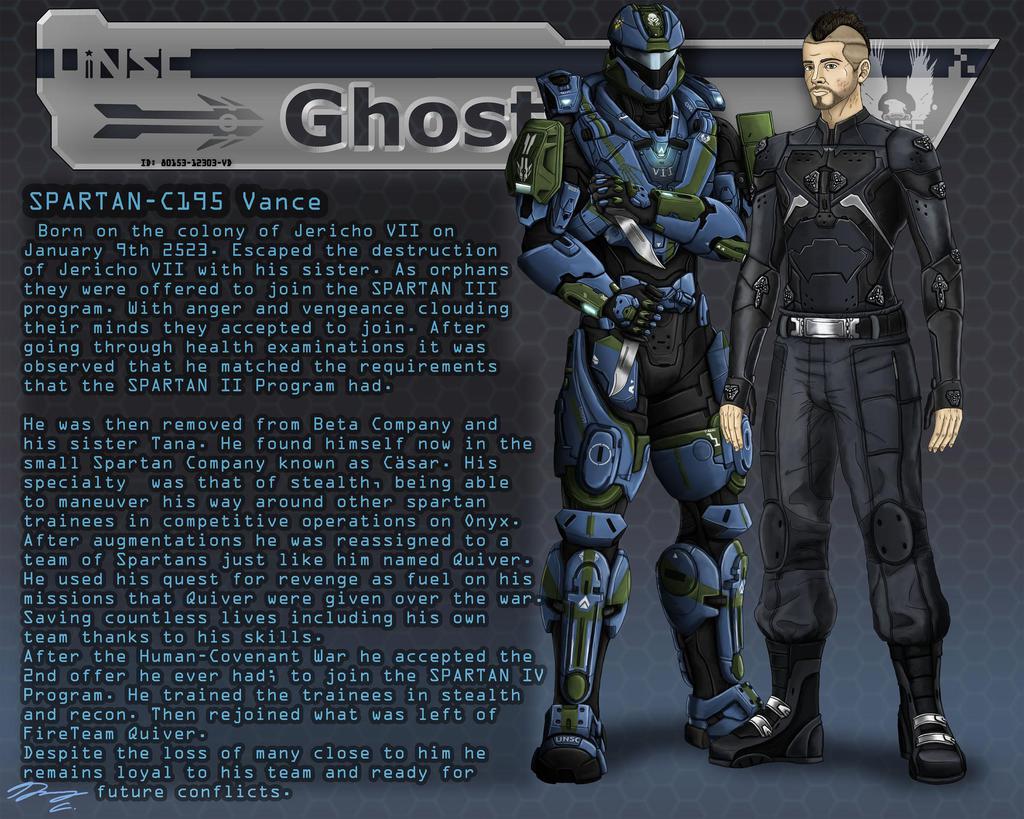 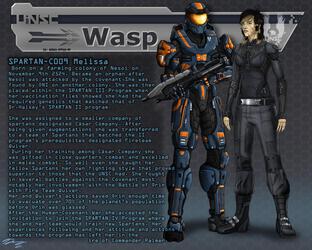 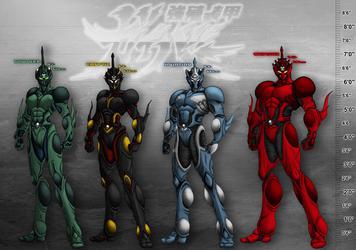 Born on the outer colony of Jericho VII to parents who were aligned towards the insurrectionists. Vance and his younger sister Tana were taught and trained from a young age in response to the UNSC's strong presence after the insurrection grew on the planet.

By 2535, The Covenant had found Jericho VII, Both Vance and Tana were taken to escape shuttles by their parents but left without them as his parents went to help more escape the glassing of the planet. Vance watched Jericho VII be annihilated from orbit on board the UNSC Stepping Stone which tried to wait long enough for anymore refugee shuttles.

After escaping the covenant at Jericho VII, Vance and his sister Tana were offered to join the SPARTAN III Program. They both knew it was the only way they could get vengeance for what the Covenant did to their family and home, so they accepted it.

Going through processing at Camp Curahee on Onyx it was discovered that Vance had the right unique genetics that the SPARTAN II Program required and so he was taken and placed within Cäsar Company while his sister became a Beta Company trainee. He didn't like this outcome with being separated from his sister and so chose to act out against his superiors in various ways using the stealth he learned from his parents. His abilities in maneuvering and stealth was noticed by the officers and he soon was placed in the role of reconnaissance for the training exercises. Which ever team had Vance had an advantage in competitions during the training campaigns.

After his augmentations he was once again taken from those he cared about in Cäsar. He was then informed on why this was the case. How he had special genes which made him perfect for the augmentations he received and the Fire Team he was assigned to. A Fire Team which had the same unique genes as he did. This Fire Team he soon learned was named Quiver. Some of his fellow Cäsar Company Spartans were apart of this team. One of his close friends from Cäsar had also been assigned; His name was Grant and later codenamed Tall.

The following years, Vance found himself and Quiver dealing with special assigned ops that were completely different from what other the spartans and Tana were executing. Because of his skills Vance was used heavily by Fire Team on their missions, saving them from certain death on more then one occasion. 2545 was an important year for Ghost and Quiver. Dealing with thee aftermath of the Battle of Orin. Learning of Operation TORPEDO and what happened to Beta company made Vance distraught as he knew Tana had to have been a casualty. It made him feel the same helplessness he felt watching Jericho VII burn.

After the campaigns he served in the Sol System and with the Human-Covenant War finished Vance accepted the offer of joining the next generation of Spartans in the IV Program. He would be placed in training the new initiates in stealth and tactical maneuvering in combat. He denied leading his own team after the training had been completed and opted to join Quiver. He also did not agree with how discipline was handled in the IV program as the Commander had punished the officers who did discipline the recruits for acting stupid and arrogant.

Seeing his team of more then 10 years was more of a family to him. He sided with them no matter what even against Commander Palmer who would not take these outbursts laying down.Given the time they had after the war Vance found himself reminiscing more of the past. These memories soon brought along the strong emotions that anger and revenge would suppress back then. He began taking up smoking to hide the mood swings he was prone to having since his miso-olanzapine doses did not deal with them.

Quiver helps him cope with all these memories by being there for him and keeping him busy and occupied.