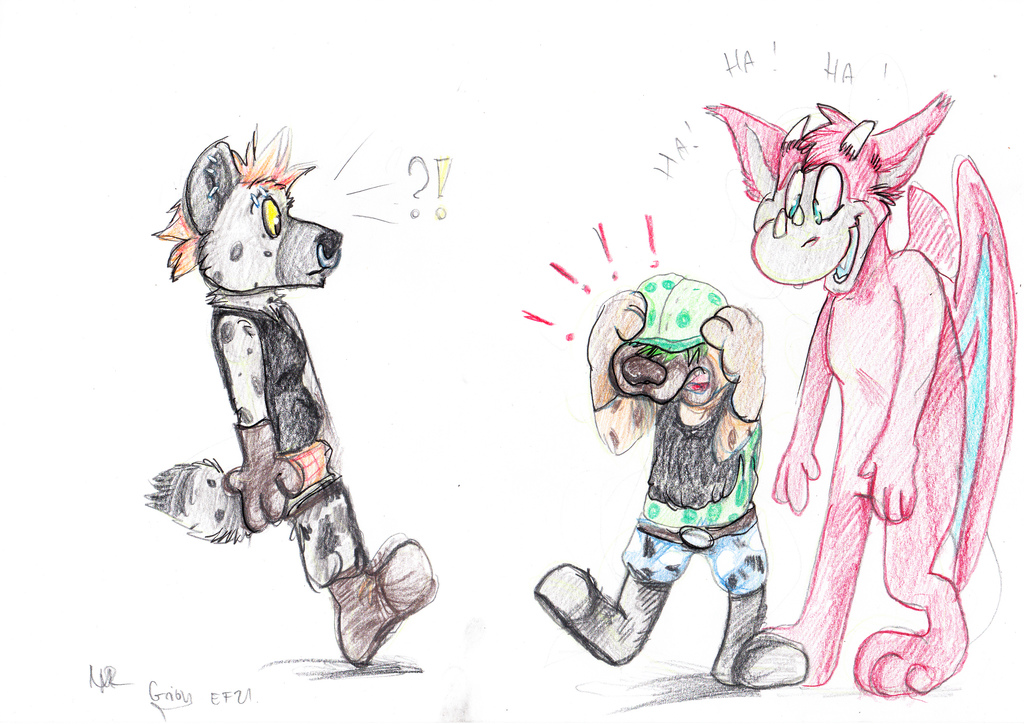 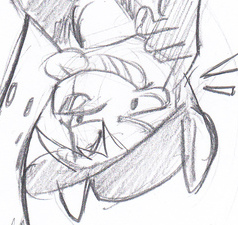 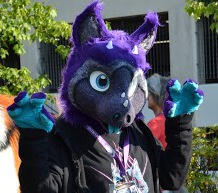 Another Eurofurence 21 dealers den piece by Grion (https://www.furaffinity.net/user/grionwolffox/) featuring myself and the two wedgie gang members Skidderz and Burner.

Those of you who know these guys will know that they are a group of mischievous pranksters who love to cause trouble. As their name suggests they're most famous for being masters in the art of giving wedgies.....until they met me evilsmirk

These poor fools decided to try and target me for their next prank. The two older yenas watched as i passed round a corner and out of site where their younger subordinate was lying in wait to surprise me. But the next thing they heard was the younger one screaming for help and the familiar sound of underwear being stretched. The orange haired one was first round the corner and was shocked to find the tables had been turned and the young hyena stumbling around blindly with his underwear hooked tightly over his head.

I could only giggle at the young yena before looking up at the two older ones, smiling and asking "who's next?"

These guys are nothing but posers! I'm the true king of mischief and these three are nothing more than my court jesters!