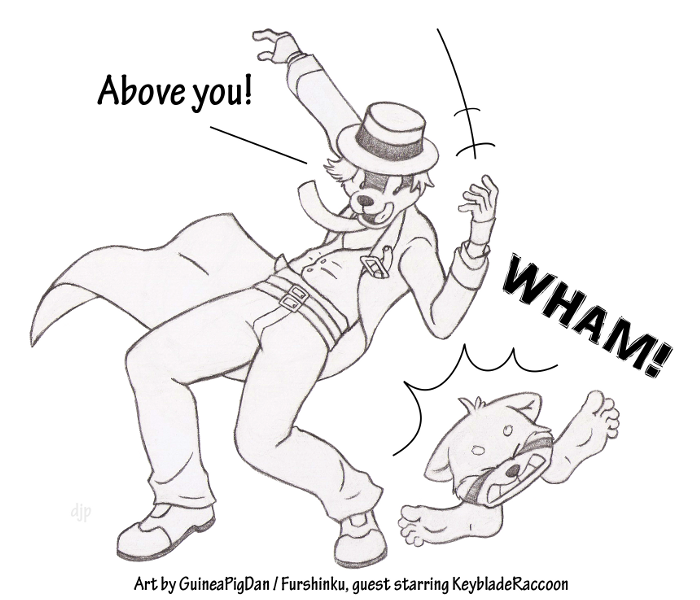 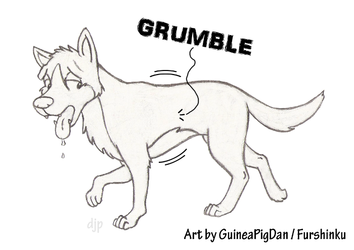 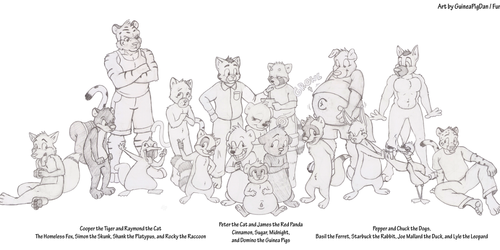 Come see me at in the artist alley at Pacific Anthropomorphics Weekend November 14-16 https://www.pacanthro.org/
Want to commission art or an animated icon from me? Here's my prices: http://guineapigdan.deviantart.com/art/Commissions-are-open-311345512
My Facebook fanpage: https://www.facebook.com/Guineapigdan

A doodle for KeybladeRaccoon. The both of us like playing BlazBlue together, and we thought it would be funny to dress his character as Hazama, one of the fighters in the game who is a major troll. Why is Nemesis smacking my red panda James over the head and smooshing him down to just his head and feet? Maybe James called him a trash eater and this is Nemesis getting his retribution.

Since in the game Hazama has a second more powerful form named Yuuki Terumi, I wonder what I should call Nemesis if I ever draw him dressed as Terumi? Maybe Yuuki Raccoony? Or Yuuki Tanooki? I dunno.