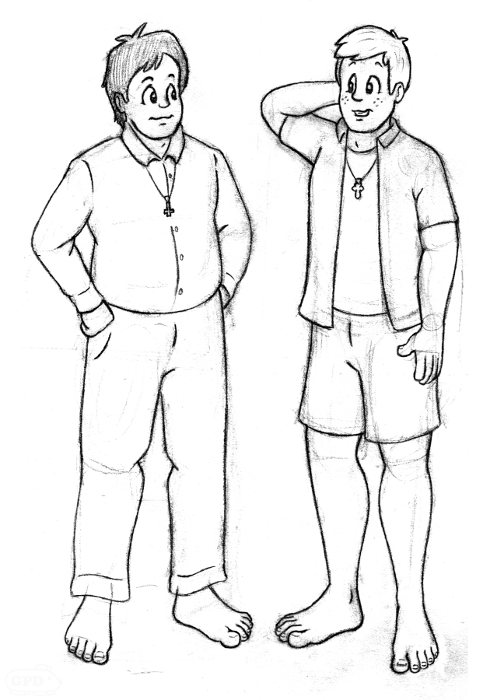 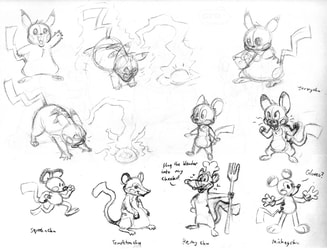 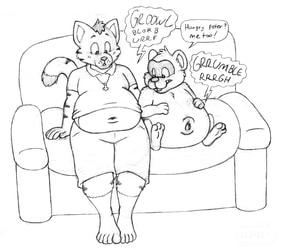 I still have a tons of old sketches that I haven't bothered to upload, but I've decided to finally finish them up and post. I wanted to do more art of human Peter and James but I couldn't think of a particular scenario to put them in, so I just did this simple sketch of the two of them in July 2021. I wanted to distinguish human Peter and James from their furry counterparts, so one idea I had was to have them wearing different clothing. Since Peter the cat has switched to shorter sleeves with a sweater vest on top, I thought I'd have human Peter keep the long sleeves but ditch the sweater vest. Human James meanwhile would wear an open button shirt over his regular shirt, still looking more casual in comparison to Peter. I'm undecided whether I'll make these changes for good or not.

Human Peter and James wearing shoes could be another way they could distinguish themselves from their furry counterparts. However a change like that would be too drastic and difficult to implement.