The Dreaded Customer -color- by GuineaPigDan 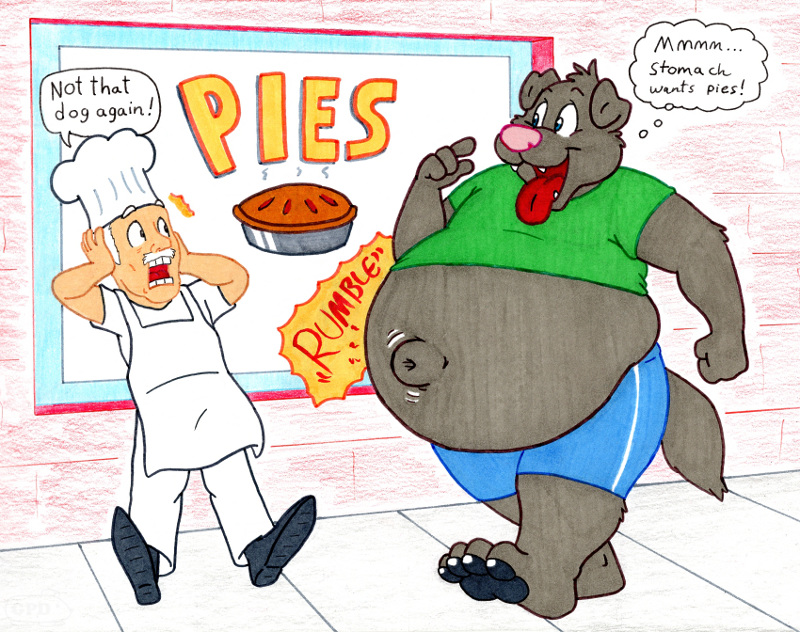 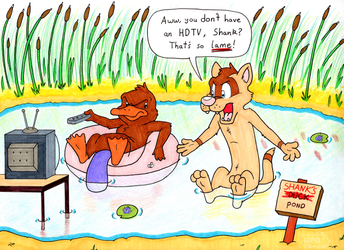 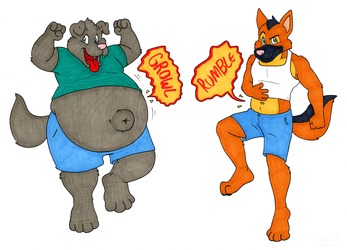 Here's another copic marker drawing completed! For this one, I decided to add some perspective. Originally I was going to just make all the lines parallel and make it easy for myself, but then I decided to try and make it look accurate. This involved taping extra pages to the sides of my sketch so I could extend the horizon line off the page, and using a yard stick to reach one of the faraway vanishing points. I have a photo of this setup on my Twitter here. https://twitter.com/GuineaPigDan/status/1269826515815940097 I also wanted to do some experimentation with how I did the outlines for this drawing. Instead of using a black micron pen on all the outlines like on my previous copic drawings, I used Leisure Arts brand markers so the outlines would all be colorized. And for the background I used colored pencil, so the characters would pop out more.

Oh yeah, I should also talk about what's going on in this drawing. I've been binge watching a lot of Garfield and Friends during quarantine, and I guess seeing several episodes where restaurants panic whenever Garfield visits them might have had an influence on me drawing this. Pepper is a very massive eater, which has led to him both gaining weight and gaining a certain reputation. The town food court doesn't like it whenever Pepper visits because it usually means he might eat one of their establishments out of business. Today's unfortunate victim is the owner of a pie bakery. The chef's bakery was just recovering from Pepper's last visit and he stepped outside to greet customers. But then the chef hears a familiar growling noise in the distance, growing louder and louder. And then the chef realizes Pepper has come back and he is very hungry today! Pepper is too transfixed with his stomach growling to notice the chef, and his outie belly button shivers with anticipation as he glances the large illustration of a pie on the bakery's window. How much longer will it be until Pepper is banned from the food court altogether?