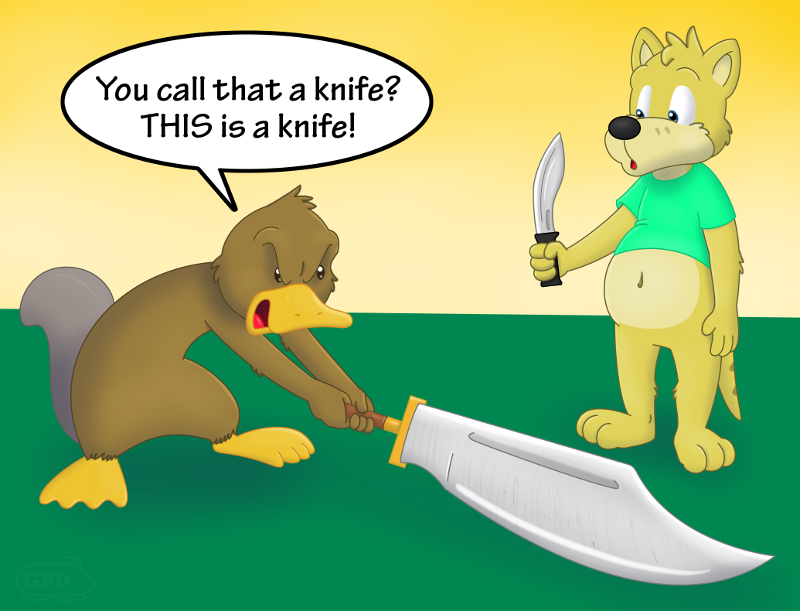 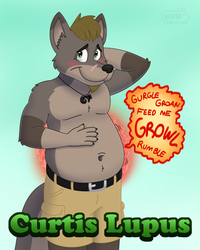 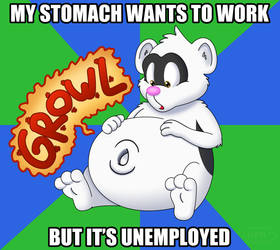 This was meant to be an Australia Day drawing... but I'm really really late posting it so oh well. True to his name, Shank likes sharp stabbing objects. And when he sees Tyler the thylacine with an Australian knife, Shank feels he has to outdo him and get an even bigger knife. However this knife he has is more like a mini-Buster Sword! Kind of ironic, my backstory for Shank is that he was born in an American zoo rather than a native born Australian. This is to explain why he doesn't have an Australian accent when I voiced him in some animated projects from years ago. https://www.youtube.com/watch?v=UFPmqSWGVNM Probably for the better anyway, because I'd just sound like I was doing a terrible Steve Irwin impression if I tried to do an Australian accent.

I chose green and yellow for the background since those are national colors for Australia.