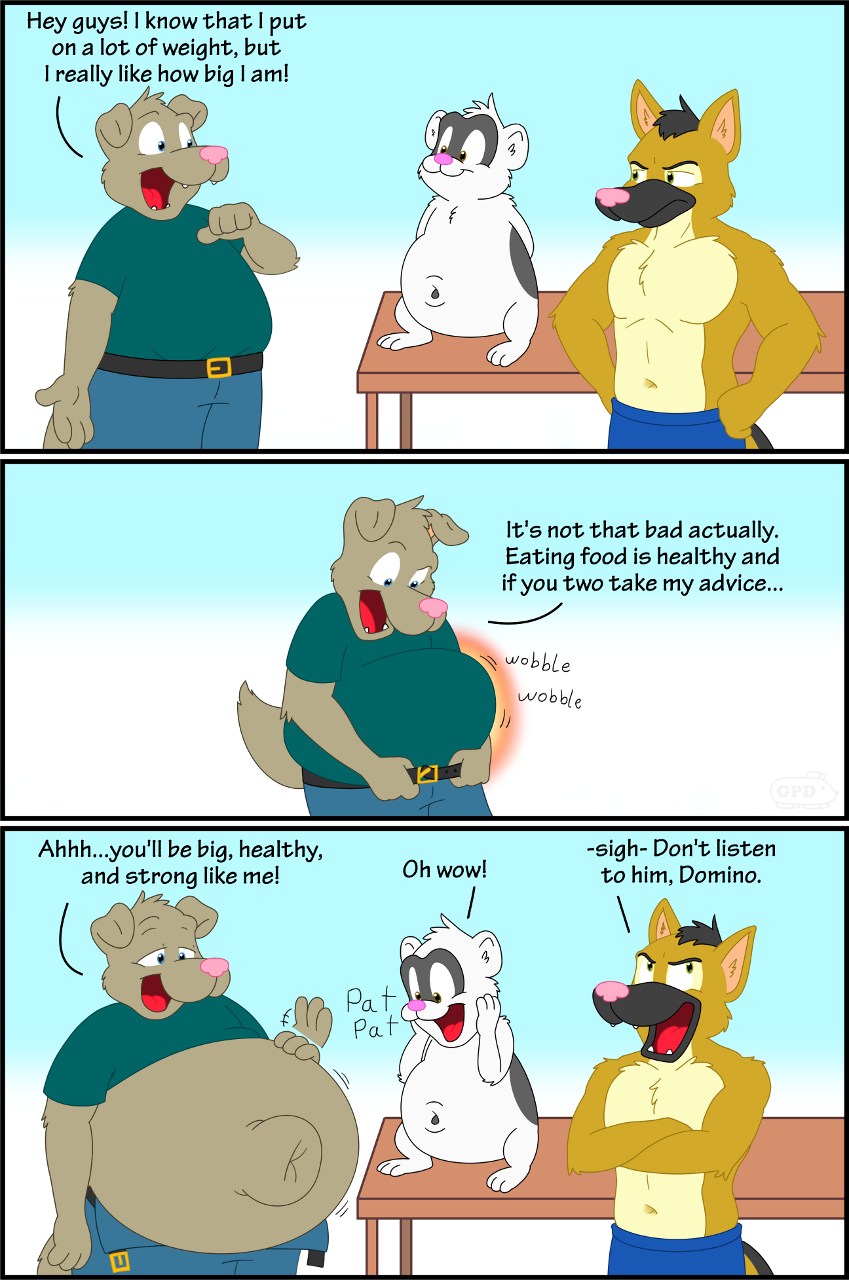 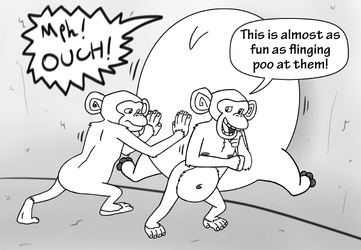 Another comic commission for Jon825lazery7 which he also helped write. Pepper has finally found a belt that's strong enough to hold his flab in. But he still has to loosen it every once in a while to prevent it from snapping, unlike the last time he tried to use a belt. https://www.weasyl.com/submission/1313713/comic-pepper-s-belt-problems Domino is fascinated by Pepper's appetite for food, and his massive stomach. Chuck on the other hand, not so much!