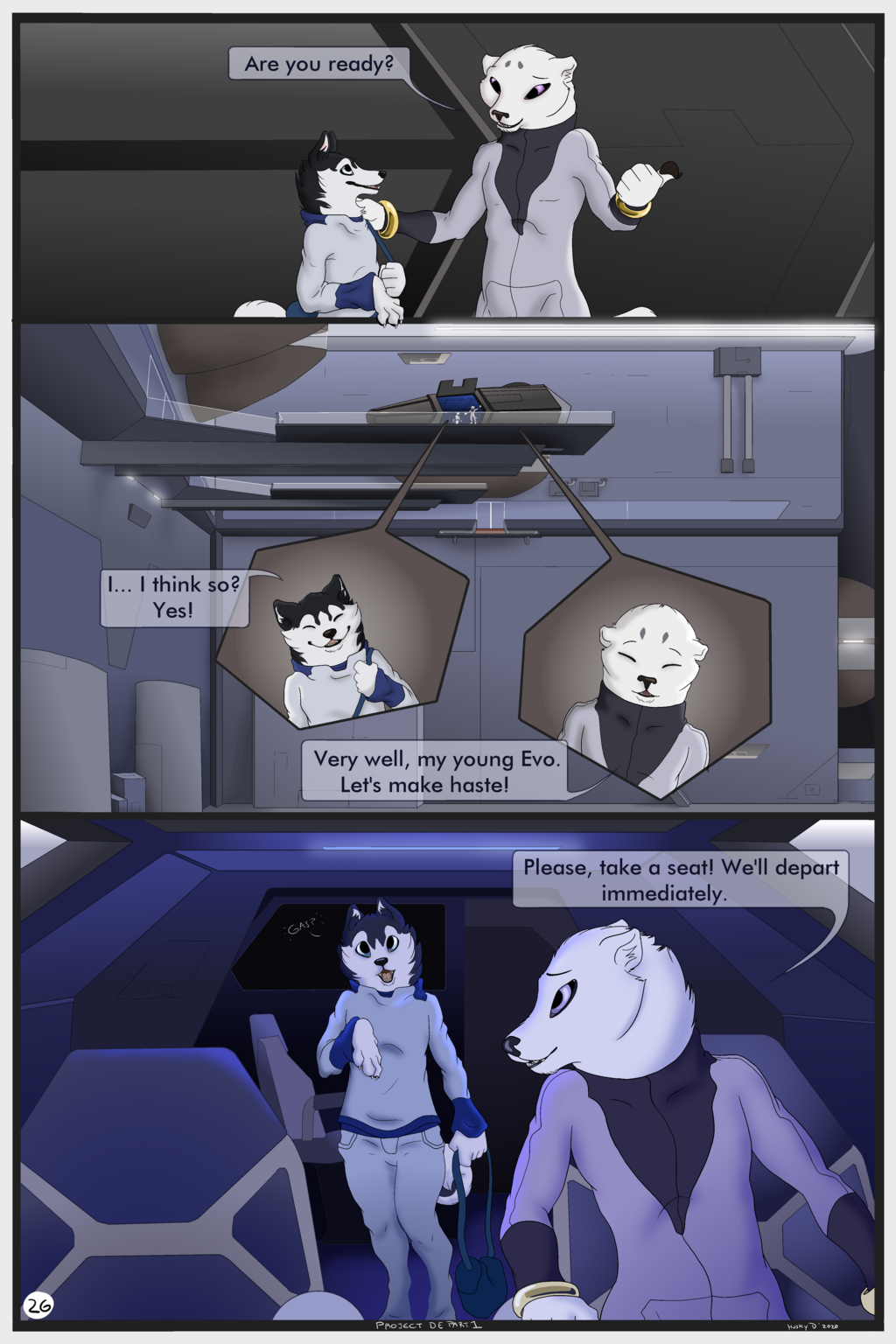 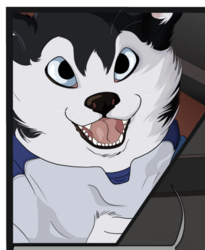 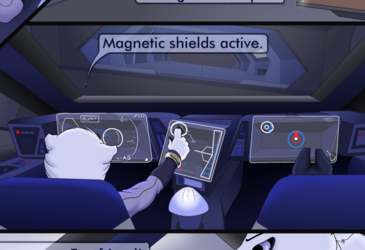 I've had so many projects that it took me a while to finish the new page. But here it is!

"Late at night, there isn't much activity in Canis Major's hangar sector. Pretty much alone, Andromeda the Retcan and Husky the Evo are just but a spec of fluff in the gargantuan hangar. So far, Husky has been very enthusiastic in this new journey he bestowed upon himself. But soon after he stepped into the small Retcan vessel, reality would start kicking in. He would soon realize how huge of a step for him and his race was about to be taken. Could Husky possibly handle this? He would soon know as the small ship leaves the warmth of his Canis Major."

Still struggling a bit with background. This is probably the first time I've ever drawn a smaller ship's interior, so I had to quickly design it as I worked on this page. Please forgive me if their are proportional issues or if the design eventually shifts to something different (like the hangar itself has), as I get used to it. It was fun though!

Art and story by me.