October Dress Up 2019 by GTHusky 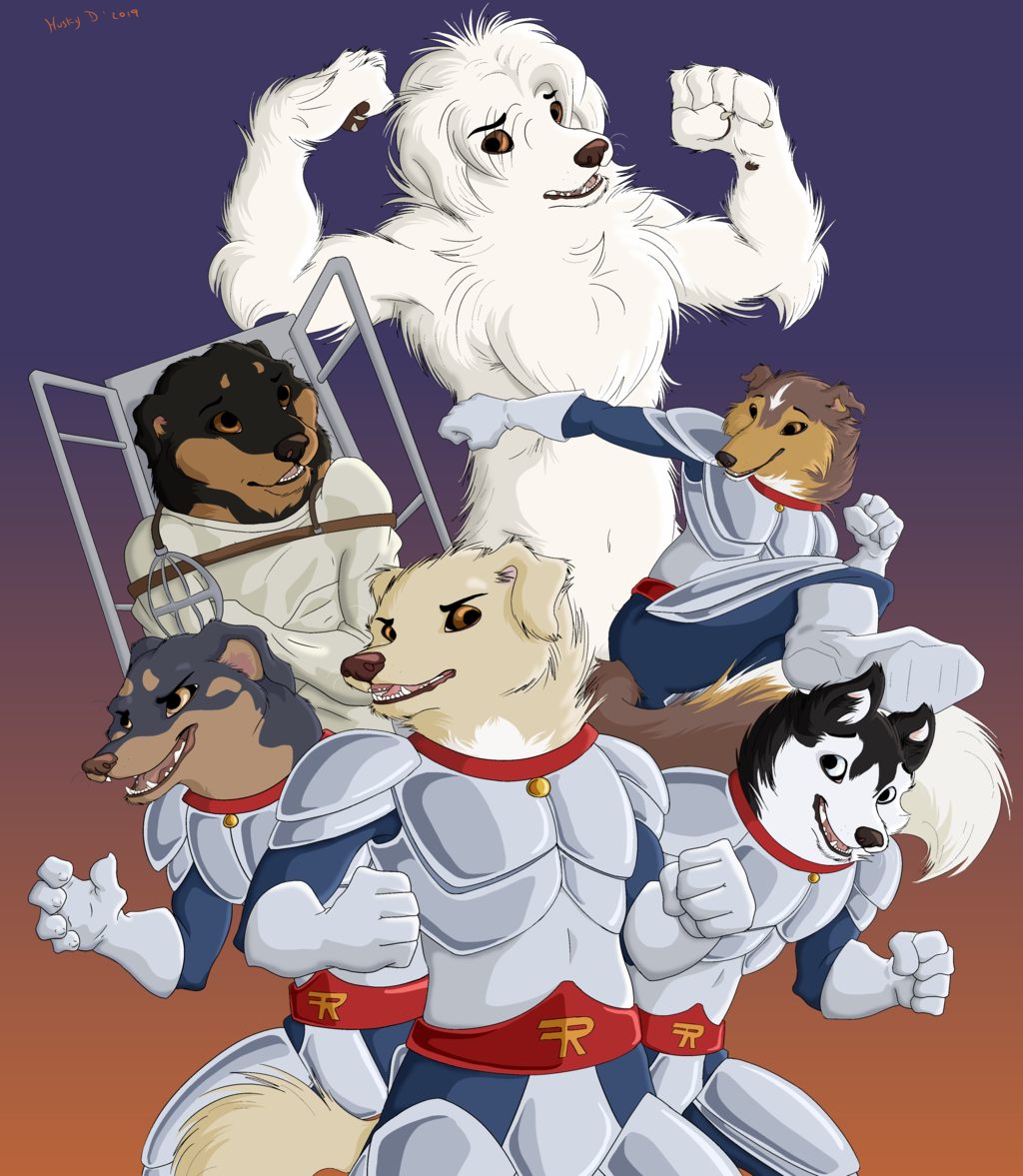 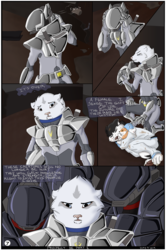 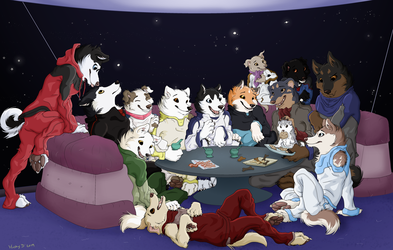 Kalem: "Husky, how do you manage to find these weird artifacts and outfits every year?"

Bebe: "These are kind of nice!"

Ace: : "I LOVE THEM! Makes me want to bite some tooshie!"

Panzer: "I don't think I like these... they are a bit restraining. What do you think, Bistro?"

Bistro: "At least you got one, friend. The little Husky fellow just told me to take off my clothes, but never gave me an outfit."

Well, Husky is at it again. Who knows how or where he found these weird outfits. Probably floating in space? All he knows is that he had to gather some of his friends and do some cool posing with them. Rather specific group of Evos he chose? Hmm...

A few characters of mine making a comeback after so long: Kalem (the Labrador/Golden Retriever mix?), one of my main characters who I haven't drawn since 2011, Bebe (the collie), a secondary character who I've only drawn once back in 2012, Ace (the sweet Doberman girl) who I actually drew a couple of days ago after a very long absence, Panzer (the Rottweiler), also drawn back in 2011, and who recently got a decent backstory. And a brand-new character I made specifically for this drawing; his name is Bistro (just a big shepherd dog)! Welcome to Canis Major, big fluffy guy :)

This drawing is inspired on that forgotten show from back in the mid 90's. A show that was cancelled only after 13 episodes and one that completely changed my life. I still remember that day when for some reason it didn't aired. I waited week after week, month after month, year after year... it never aired again... I remember I was so sad. I kept on drawing them and fantasizing about them, one thing took to the other and before I knew it I had created my own characters based on those fantasies about those character... And that's how Husky, his family, his friends, Canis Major and his story "Project D.E" was born.