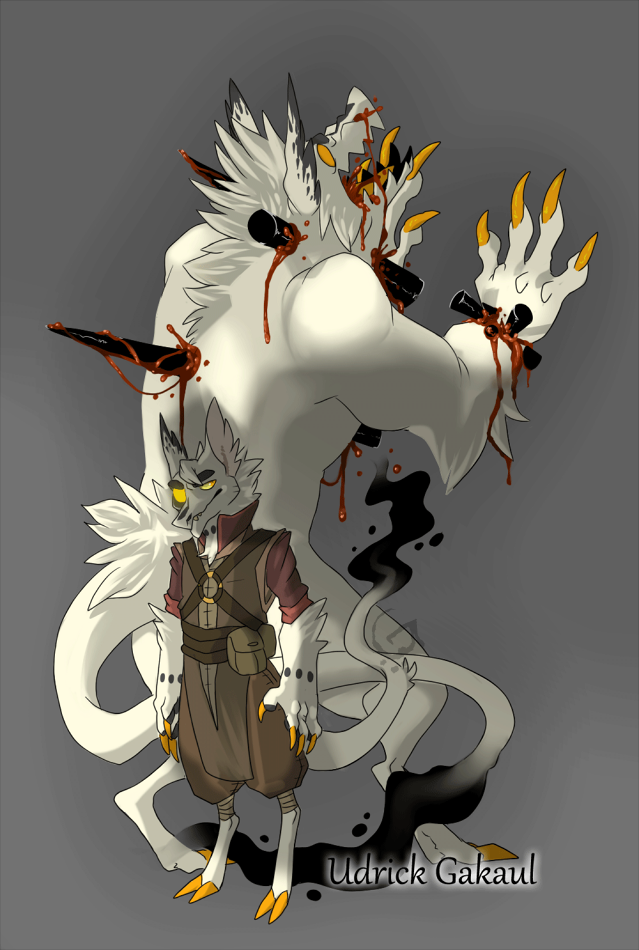 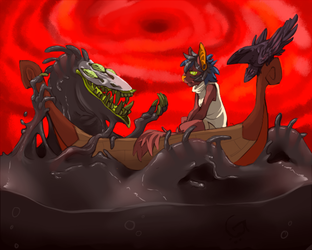 okay so a complete redesign of my old character Vector! Different in many ways, but he's the same guy with the same backstory.

He was leader of the Maikn house, and he was the first to notice that the creation of multiple universes was a terrible idea since the amount of power they'd put unto making them was causing them to become mortal. Long story short he began to eat other titans to gain power, but the leader of one of the other of the three houses decided imprisoning him would be best.