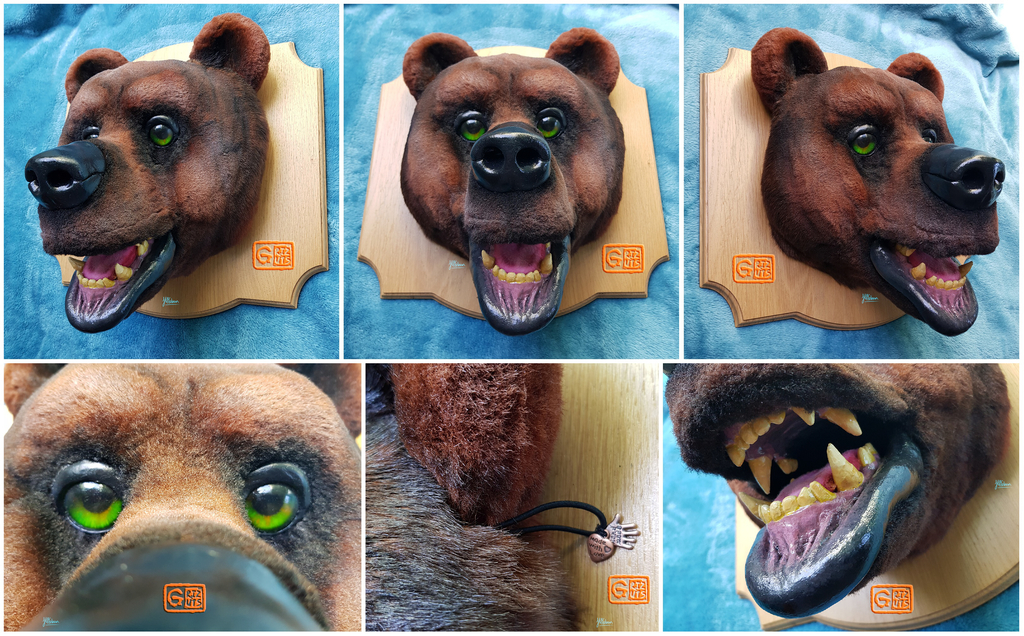 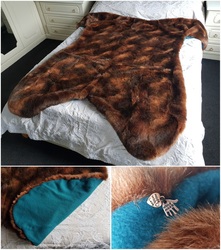 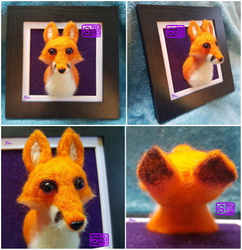 New photos and re-upload because I fixed some of the symmetry issues best I could, which I then had to trim fur and re-airbrush again.
My first ever fursuit project was my grizzly bear, however she had so much wrong with her she was only worn the once before I decided she wasn't fit to be worn. I'd since turned her into a faux taxidermy style rug, but when she didn't sell in the art show at Confuzzled as a rug, I decided to give her a face lift. I re-painted her jaws, gave her a new ePoxy lip and nose, new tongue, and chiseled off her stoned looking eyelids. My original plan was to enter her again at Confuzzled's Art Show as a rug, but after working on her.. but I decided to cut her head off and mount her like a faux taxidermy; my 'first ever fursuit project' trophy. She's still got some issues and I feel I could have done better with some things still, but I'm happy with how she is for now. She didn't sell again in the Confuzzled 2019 Art show, so she has retired to my wall where I'll be keeping her and maybe in future I might give her a second face lift once I improve on my skills some more.

You can see how she looked previously as a fursuit head here;
https://www.weasyl.com/~grizguts/submissions/1756083/grizzly-bear-fursuit-head